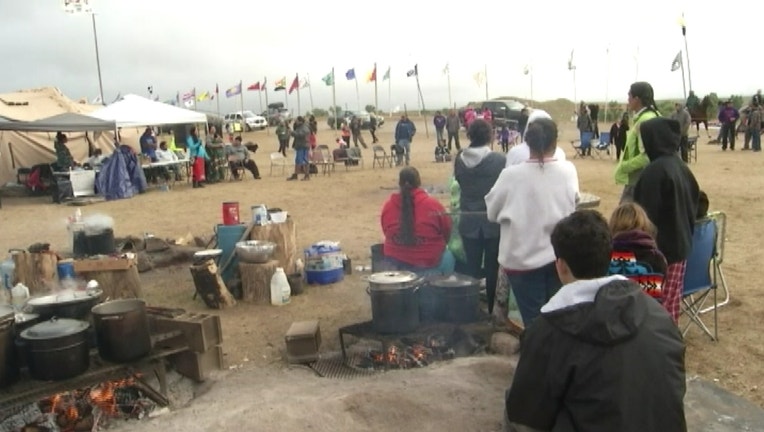 Corps spokeswoman Moria Kelley said in a news release Sunday that the administration will not allow the four-state, $3.8 billion pipeline to be built under Lake Oahe, a Missouri River reservoir where construction had been on hold.

Assistant Secretary for Civil Works Jo-Ellen Darcy said her decision was based on the need to "explore alternate routes" for the pipeline's crossing.

The route has been the subject of months of protests by the Standing Rock Sioux tribe and others, who have argued the pipeline threatens a water source and cultural sites.

The federal government has ordered people to leave the main encampment, which is on Army Corps of Engineers' land and is close to the construction site, by Monday.

Demonstrators say they're prepared to stay, and federal, state and local authorities say they won't forcibly remove the protesters.