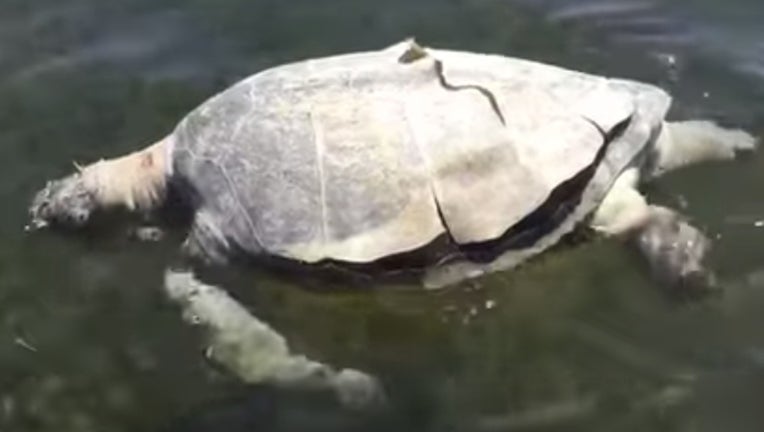 FLORIDA KEYS, Fla. (FOX 35 ORLANDO) - An investigation has been launched after a federally protected sea turtle was found dead on Friday.

The Biscayne National Park in the northern Florida Keys says that their Marine Patrol Officers are investigating a poached sea turtle that was discovered with a spear shaft through its head.

According to the Miami Herald, federal investigators want to find who is responsible for killing the federally and state-protected animal. The turtle was spotted on the ocean side of Elliot Key on Friday afternoon. The park believes it is a green sea turtle.

All species of sea turtles are considered threatened or endangered and are protected by the state of Florida and under the U.S. Endangered Species Act of 1972.

If you have any information about the poached sea turtle, please contact the Biscayne National Park dispatch at 305-242-7740.