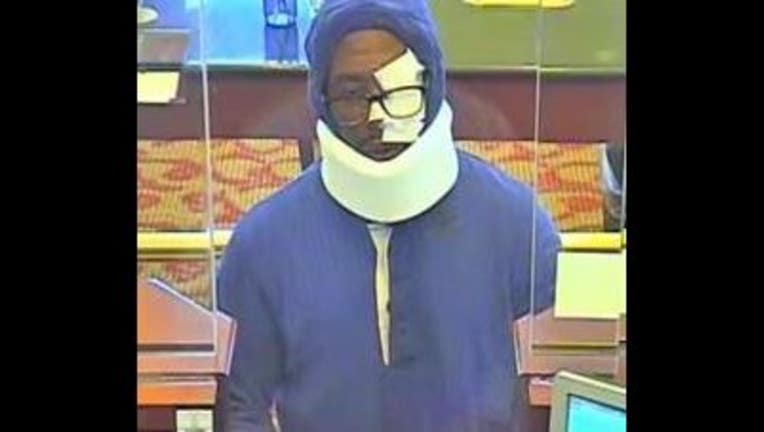 BALTIMORE, Md. - The FBI is offering a reward of up to $5,000 for information leading to an arrest in a serial robbery case involving a man who uses bandages as a disguise.

Investigators said they believe that the same man is linked to nine bank robberies between last October and last week. The FBI said the man hands the bank employee a note announcing an armed robbery and demands money.

Witnesses have described the man as black, about 5 feet, 8 inches tall and weighing about 160 pounds. The FBI said the man wears glasses, a neck brace and bandages to conceal his face.

The FBI said they believe that the man is connected to the following incidents in 2015 and 2016:

If anyone has any information about the robber or robberies, you are asked to call the Baltimore FBI at 410-265-8080. The FBI is offering a reward of up to $5,000 for information leading to the arrest in this case.