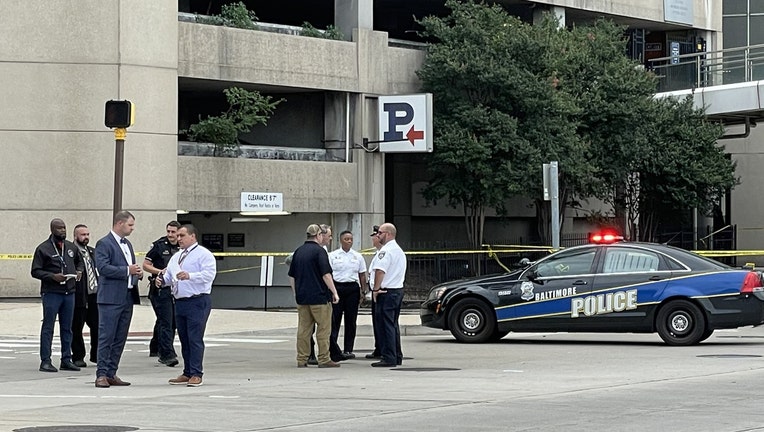 BALTIMORE - A man shot and killed during a confrontation with people cleaning windshields for cash at a downtown Baltimore intersection "should have just kept driving" instead of swinging a baseball bat at one or more of them, the man’s father said Friday.

Timothy Reynolds, 48, of Baltimore, was driving through an intersection near the city’s Inner Harbor on Thursday afternoon when he had a heated interaction with so-called squeegee workers, parked his car and came back with a baseball bat, Baltimore Police Commissioner Michael Harrison told reporters.

He "swung the bat at one or more of those squeegee workers. In return, one of the squeegee workers pulled out a gun and fired, striking this male victim," Harrison said. He added that police didn’t know if Reynolds hit anyone with the bat.

The man’s father, Carroll Reynolds, told the Baltimore Sun that he learned of his son’s death several hours after the shooting. The elder Reynolds had spent Thursday evening watching his grandson play baseball.

"He should have just kept driving," Carroll Reynolds repeatedly said during an interview, shaking his head in disbelief.

Squeegee workers, also known as squeegee kids, consist mostly of teens from low-income neighborhoods who clean drivers’ windshields at intersections in exchange for money. Some drivers in Baltimore have complained about them.

The workers ran away after the shooting, Harrison said. No arrests were announced as of Friday afternoon.

City officials said there would be increased police patrols at intersections frequented by squeegee workers.

"We are not going to tolerate acts of violence regardless of who is committing them," Mayor Brandon Scott told reporters on Friday. "If you’re assaulting motorists, if you’re damaging their cars, we are going to arrest you."

The police commissioner said Friday that detectives were still looking for evidence, including video, related to the deadly shooting.

"We are combing through a lot of evidence right now in search of the person who shot the victim," Harrison said.

Reynolds, who was white, was pronounced dead at a hospital.

He had three children, earned a master’s degree from Johns Hopkins University and was an engineer.