Victim's family speaks out after Mall at Prince George's shooting

Darrion Herring was just 20 years old when he lost his life in a shooting at the Mall at Prince George’s in Hyattsville. More than a month later, Prince George’s County police continue to search for the gunman.

HYATTSVILLE, Md. - The family of the man murdered at a Prince George’s County mall says the victim and suspect were strangers.

Darrion Herring was just 20 years old when he lost his life in a shooting at the Mall at Prince George’s in Hyattsville.

More than a month later, Prince George’s County police continue to search for the gunman. The family member who spoke to FOX 5 didn’t want to be identified with the suspect still on the loose.

This family member wanted to speak out because of assumptions that might be made about this case.

"That they knew each other," she said. "As well as it may be related to hood beef or street gangs or something that pre-existed, but in this case, it definitely was not the case."

She says Herring was energetic, outgoing and above all, he wanted to help people.

She says it’s why he worked with adults with disabilities, a job that often brought him to the mall to work with clients. According to her, that’s what Herring was doing on Aug. 18.

"He was with his client, who is also blind, in the bathroom trying to support him when he was accused by the assailant of staring or looking at him," she said. 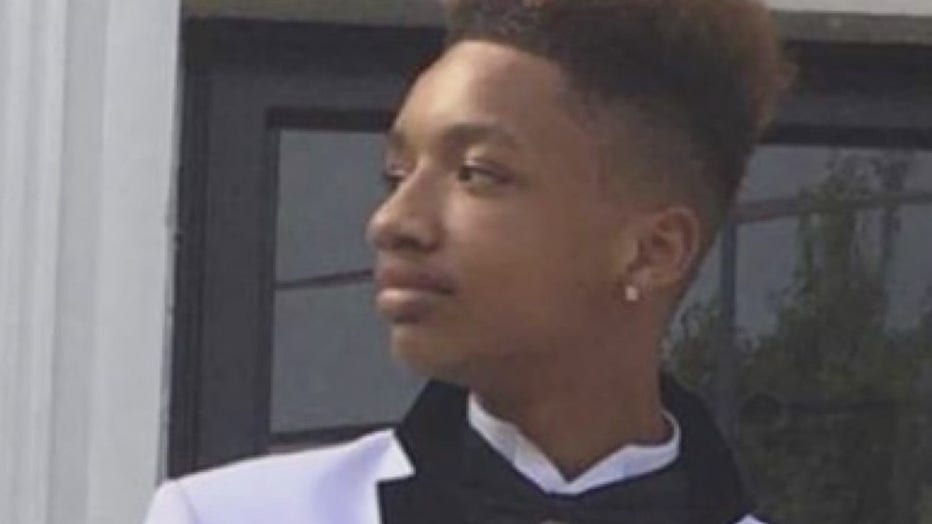 She says Herring called a family member saying the man had also threatened to shoot him.

"And (Herring) says, ‘I don’t mess with anyone. I don’t bother anyone. I don’t understand why someone wants to pick with me,’" she said. "He began to cry because he was upset."

She says about 30 minutes passed, and Herring’s client had just been picked up from the mall. She said Herring was leaving the mall when the man from the bathroom made good on the threat and opened fire, killing Herring months before his 21st birthday.

Man killed after shooting inside the Mall at Prince George's, police say

His family said he had ambitions of becoming a firefighter.

Police said Tuesday this is still an active and ongoing investigation, and they can’t provide any additional details about the case.

Police are investigating a targeted shooting inside the food court of the Mall at Prince George's Thursday afternoon that left a man dead. FOX 5's Jacqueline Matter reports from the scene.

Herring's family is begging anyone with information to come forward, not only so they can get justice, but to stop another senseless attack.

"If you are willing to kill and shoot a complete stranger based on allegations this person merely looked at you then what does that mean for the safety of other people’s family members?"

Anyone with information on Jones’ whereabouts is urged to call detectives or Crime Solvers at 1-866-411-TIPS. A cash reward of up to $25,000 is available.