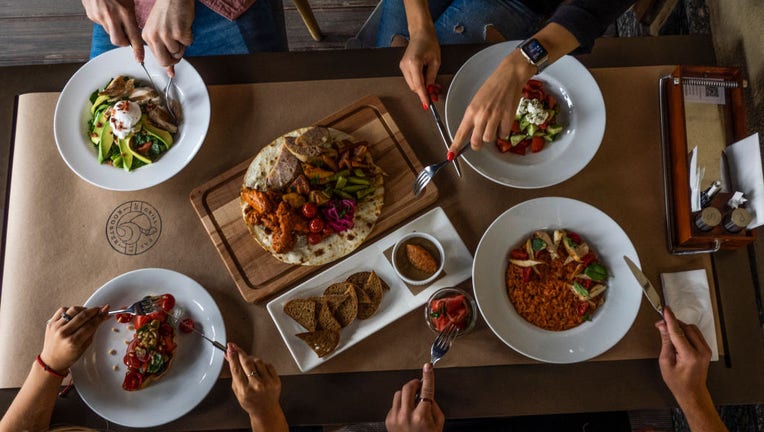 FILE - Top view of a group of people at a dinner table. (Photo by Igor Golovniov/SOPA Images/LightRocket via Getty Images)

DALLAS - Nearly all parents report lower levels of stress in their family when they regularly eat meals together, according to a new survey by the American Heart Association.

The survey of 1,000 U.S. adults last month identified stress reduction, connecting with other people, and taking time to slow down as the top benefits of mealtime. The vast majority of Americans in the survey (84%) said they wished they could share a meal more often with loved ones, and 91% of parents said they noticed less stress in their family when they connect over meals.

Overall, the respondents reported eating alone about half of the time due to difficulties aligning schedules with friends and family.

The survey was conducted by Wakefield Research for the American Heart Association's Healthy for Good movement, which aims to inspire healthy eating and lifestyle changes for better overall well-being. 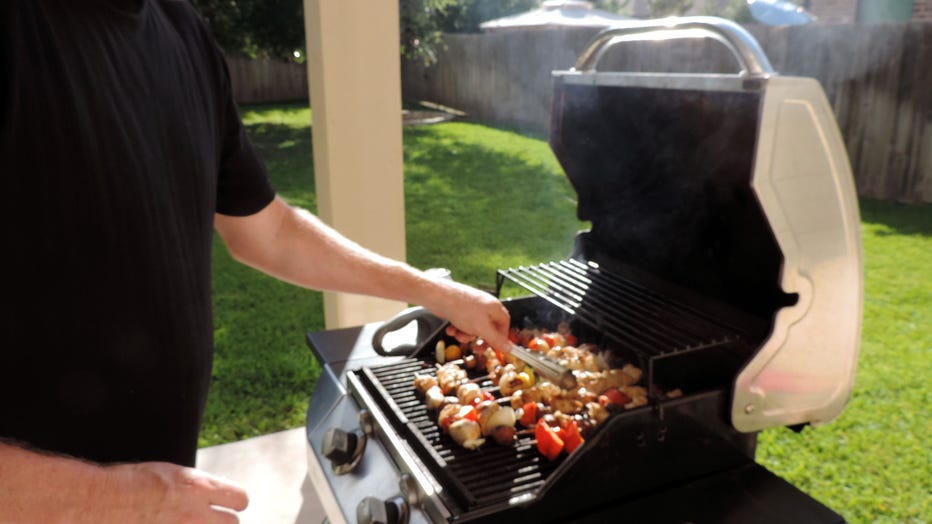 "Sharing meals with others is a great way to reduces stress, boost self-esteem and improve social connection, particularly for kids," Dr. Erin Michos, an American Heart Association volunteer and associate director of preventive cardiology at Johns Hopkins, said in a statement this week.

"Chronic, constant stress can also increase your lifetime risk of heart disease and stroke, so it is important for people to find ways to reduce and manage stress as much as possible, as soon as possible," Michos added.

Majority of US adults at least ‘somewhat stressed’

The majority of adults (65%) in the American Heart Association’s survey said they were at least "somewhat stressed" and more than a quarter (27%) were "extremely or very stressed."

Nearly seven in 10 (69%) of respondents employed full or part-time said they would feel less stressed at work if they had more time to take a break and share a meal with a co-worker, according to the survey results.

While everyone feels and reacts differently to stress, it can often lead to a wide variety of health problems, according to the American Heart Association. Those who are stressed may be more likely to smoke, overeat, or have a lack of physical activity, which can bring a higher risk of heart disease and stroke.

In addition to making time for friends and family over a meal, the heart health group recommends exercising regularly, getting enough sleep, practicing relaxation, finding a stimulating hobby, and making an effort to keep a positive attitude as many ways to manage stress.

While sharing a meal with family, friends or coworkers can reduce stress, the survey also found other mindful benefits.

Over two-thirds (67%) said sharing a meal reminds them of the importance of connecting with other people, and 54% said it reminds them to slow down and take a break.

In addition, 59% of the survey respondents said they were more likely to make healthier food choices when eating with other people. 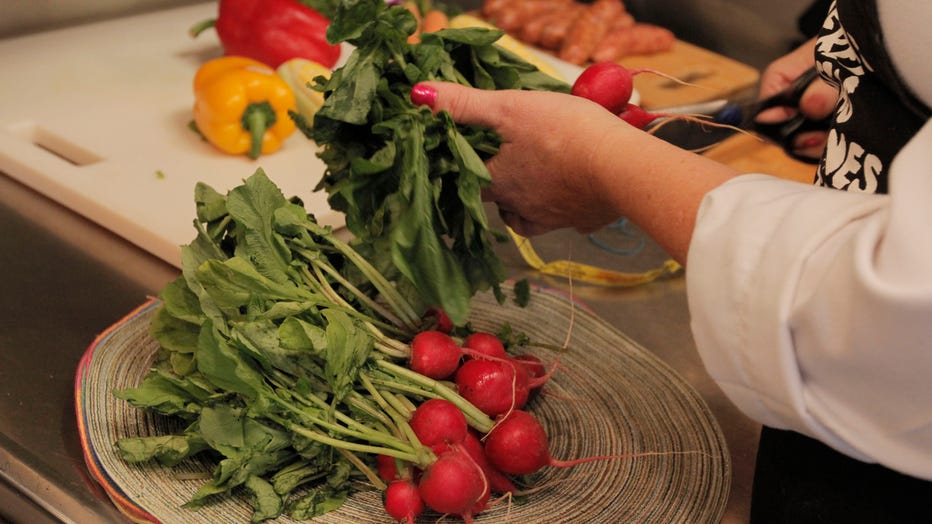 "We know it’s not always as easy as it sounds to get people together at mealtime. Like other healthy habits, give yourself permission to start small and build from there," Michos said in the statement. "Set a goal to gather friends, family, or coworkers for one more meal together each week."

"If you can’t get together in person, think about how you can share a meal together over the phone or a computer," Michos added.