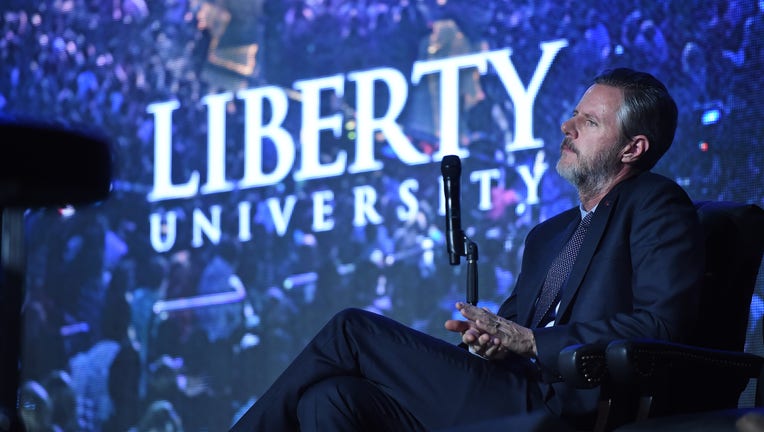 A judge granted a motion this week to dismiss the case in a move that left open the possibility of Falwell refiling a similar one later, The News & Advance reported Thursday. Court documents give no indication of why Falwell opted to withdraw the lawsuit.

“I’ve decided to take a time out from my litigation against Liberty University, but I will continue to keep all options on the table for an appropriate resolution to the matter,” Falwell said in a brief statement to the newspaper Thursday.

Liberty said in a statement that Falwell's “unilateral and voluntary dismissal was not prompted by any payments, promises, or other consideration” from the school.

“The University’s administration and Board of Trustees are pleased that Falwell has dropped his lawsuit and look forward to pressing onward with the work of Liberty’s President and Chancellor Search Committee to find the new leadership to succeed Falwell,” the statement said.

Falwell stepped down as president and chancellor of Liberty, the evangelical school his father founded, in August. His departure came after Giancarlo Granda, a younger business partner of the Falwell family, said he had a yearslong sexual relationship with Falwell’s wife, Becki Falwell, and that Jerry Falwell participated in some of the liaisons as a voyeur.

Although the Falwells have acknowledged that Granda and Becki Falwell had an affair, Jerry Falwell has denied any participation. The couple allege that Granda sought to extort them by threatening to reveal the relationship unless he was paid substantial amounts of money.

In his complaint filed in late October, Falwell claimed that Liberty officials accepted Granda's claims too easily and “moved quickly” to destroy his reputation. The lawsuit also included claims of breach of contract.

Shortly after Falwell’s departure, Liberty announced it was opening an independent investigation into his tenure as president, a wide-ranging inquiry that would look into financial, real estate and legal matters.