FAIRFAX COUNTY, Va. (FOX 5 DC) - Fairfax County Police are asking for the public’s help to identify the suspect who assaulted, stabbed and attempted to rob a man on the Holmes Run Trail in Lincolnia.

The incident occurred around 12:50 p.m. on Wednesday, July 7, according to police.

FCPD's investigation revealed the suspect approached the man, patted him down and demanded money. When the victim indicated he did not have any cash, the suspect walked away.

A short while later, the suspect returned and approached the victim again, assaulting and stabbing him in the upper body. The man was taken to the hospital with injuries that were not considered life-threatening.

The suspect is described as a Hispanic man between 25 to 35 years old. He stands around 5’4", weighs approximately 125 to 150 pounds, has brown eyes and short black hair with a mustache. The suspect was wearing dark clothing and two jackets.

Police released this sketch of the suspect on July 20. 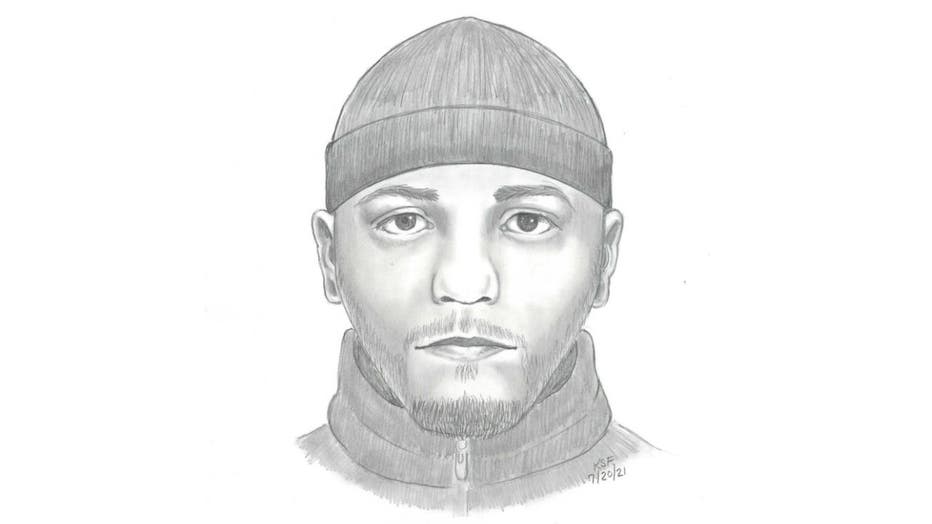 Anonymous tipsters are eligible for cash rewards of $100 to $1,000 dollars if their information leads to an arrest.