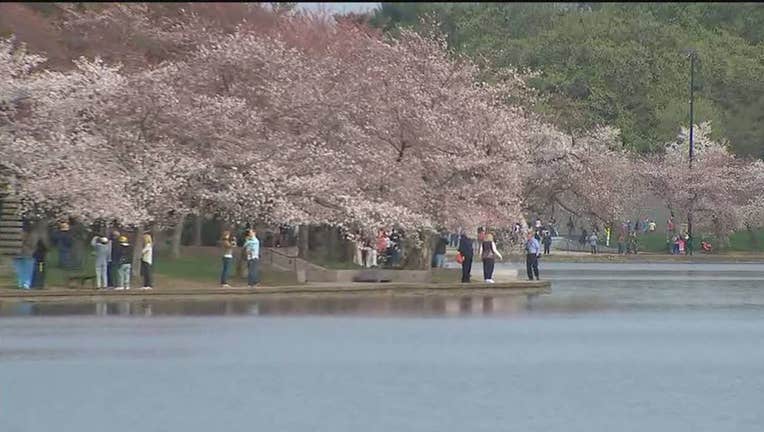 WASHINGTON - (AP) -- The predicted peak blooming period for this year's cherry blossom season will be announced this week.

The window is expected to be announced Wednesday at a press conference at the Newseum.

Last year's peak bloom happened March 25. According to the National Park Service website , however, from 2013 to 2015, peak bloom was around April 10.

Peak bloom means at least 70 percent of the trees around the Tidal Basin are blossoming. Once peak bloom is reached, the blossoms can remain on the trees for four to 10 days.

This year's National Cherry Blossom Festival , which is timed to coincide with the blooming, will be held from March 20 to April 16.