BOSTON - Residents in Massachusetts and Rhode Island reported feeling their homes shake during what preliminarily appears to have been an earthquake.

According to the Associated Press, the earthquake struck southern New England on Sunday morning but there were no immediate reports of damage. 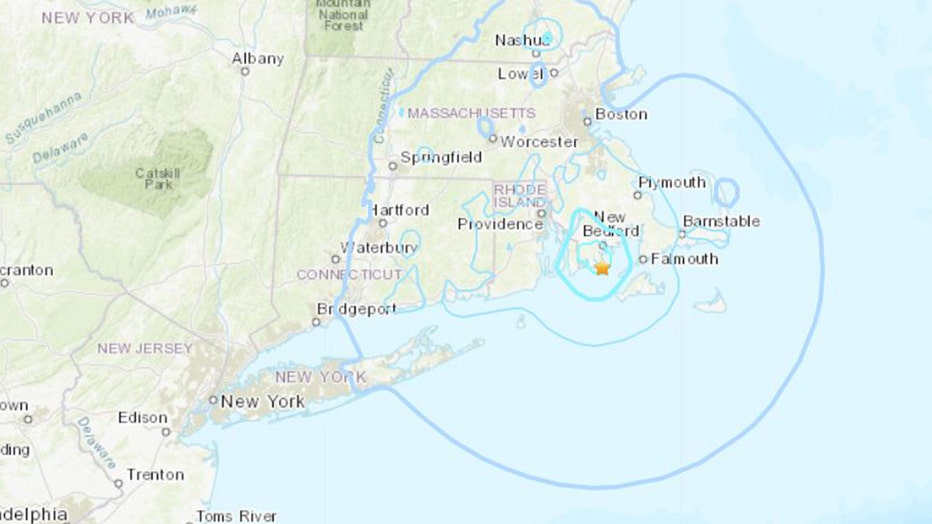 The quake was felt across southeastern Massachusetts and Rhode Island.

The earthquake had a magnitude of 3.6 centered a few miles off the coast of Bliss Corner, Dartmouth, according to the Massachusetts Emergency Management Agency (MEMA) and the United States Geological Survey (USGS).

"Being within a plate instead of at a plate boundary (like California) means quakes are less common," Dr. Lucy Jones, a seismologist, explained on Twitter.

According to MEMA, there is no tsunami danger from this earthquake.

"People in New England, and in its geological extension southward through Long Island, have felt small earthquakes and suffered damage from infrequent larger ones since colonial times. Moderately damaging earthquakes strike somewhere in the region every few decades, and smaller earthquakes are felt roughly twice a year," USGS said.

Residents in the area woke up to the shaking and posted their experiences to social media.

"I was just sitting at my desk when I felt what seemed like a large truck driving down the road. The shaking started to escalate and I realized I couldn't hear any truck driving by. That's when I realized it must be an earthquake!," Hayley Bascom told FOX TV Stations. "It lasted a few seconds and after, I looked up and my blinds were shaking. That's when I grabbed my phone to film it quickly as proof I didn't imagine it! Sure enough I went to Twitter where I saw others all around Boston experienced the same thing."