Alec Baldwin spoke to photographers in Vermont where he said he is cooperating with police and has been speaking to them every day. Baldwin maintained that he could not speak on the active investigation. (Credit: FOX News Digital)

LOS ANGELES - Dwayne "The Rock" Johnson said he will no longer allow real guns on the set of any of his film productions following the fatal shooting on the "Rust" movie set, which killed a cinematographer and injured the director.

Johnson made the comments this week to Variety while promoting his new Netflix action film "Red Notice" in Los Angeles. He said he was "heartbroken" over the tragic Oct. 21 shooting in which a firearm discharged by actor and producer Alec Baldwin on the "Rust" set killed cinematographer Halyna Hutchins and wounded director Joel Souza.

Authorities said that the assistant director had handed the weapon to Baldwin and announced "cold gun," indicating it was safe to use. But it was somehow loaded with live rounds.

The incident has prompted a growing call to ban real firearms on film sets.

"First of all, I was heartbroken. We lost a life," Johnson told Variety. "My heart goes out to her family and everybody on set. I’ve known Alec, too, for a very long time."

Johnson, 49, then noted that "Red Notice," which also stars Gal Gadot and Ryan Reynolds, will be the last movie in which he uses real guns on set. He said any project that is produced by the company he co-founded, called Seven Bucks Productions, will no longer allow them.

"I can’t speak for anyone else, but I can tell you, without an absence of clarity here, that any movie that we have moving forward with Seven Bucks Productions — any movie, any television show, or anything we do or produce — we won’t use real guns at all," Johnson continued. 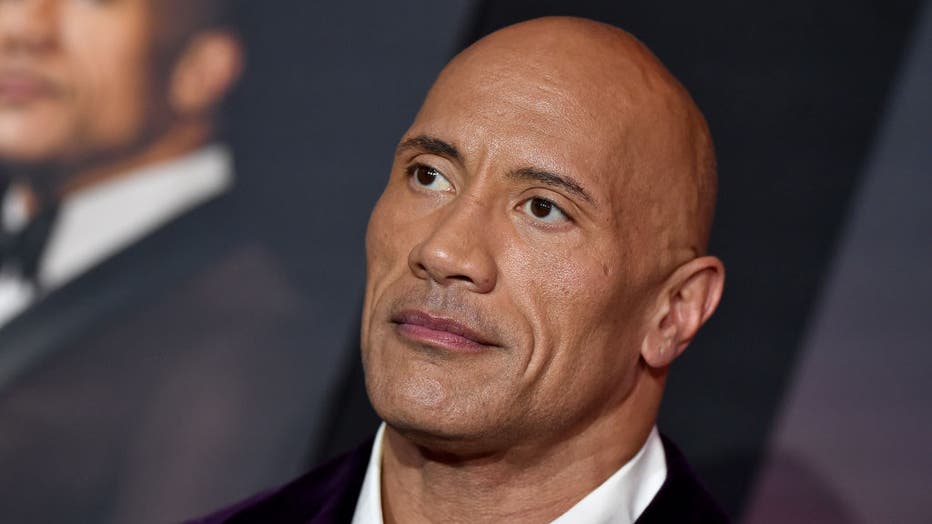 Johnson said after the news broke of the "Rust" fatal shooting at the Bonanza Creek Ranch in New Mexico, the actor was on the phone with his team soon after to discuss what changes his company needed to make to ensure complete safety moving forward.

"There are safety protocols and measures that we have always taken in the movie business and we take very seriously, and these sets are safe sets, and we’re proud of that. But accidents do happen," he told the outlet. "And when something like this happens of this magnitude, [that is] this heartbreaking, I think the most prudent thing and the smartest thing to do is just pause for a second and really re-examine how you’re going to move forward and how we’re going to work together."

Seven Bucks Productions, co-founded by Johnson and his producing partner Dany Garcia, is behind some big films in recent years — including "Jumanji," Jungle Cruise" and "Hobbs & Shaw."

This week, the armorer in charge of weapons on the "Rust" set said she had inspected the gun Baldwin shot but doesn’t know how a live bullet ended up inside.

"Who put those in there and why is the central question," Hannah Gutierrez Reed, the armorer for the movie, said in a statement issued by one of her lawyers, Jason Bowles of Albuquerque, New Mexico. "Hannah kept guns locked up, including throughout lunch on the day in question (Oct. 21), and she instructed her department to watch the cart containing the guns when she was pulled away for her other duties or on a lunch break."

Police and prosecutors investigating the fatal shooting on the "Rust" film set involving actor Alec Baldwin held a press conference in Santa Fe, New Mexico, and released new details in the case. Authorities have recovered the gun and live round that killed cinematographer Halyna Hutchins and said all the crew members involved are cooperating. As of now there have been no charges filed against anyone in connection with the shooting.

The statement added that she inspected the rounds before handing the firearm to assistant director David Halls "by spinning the cylinder and showing him all of the rounds and then handing him the firearm."

"No one could have anticipated or thought that someone would introduce live rounds into this set," Gutierrez Reed’s statement said.

On Oct. 29, attorneys for Gutierrez Reed said she doesn’t know where the live rounds found there came from and blamed producers for unsafe working conditions. Santa Fe County Sheriff Adan Mendoza has said there was "some complacency" in how weapons were handled on the set.

Investigators initially found 500 rounds of ammunition — a mix of blanks, dummy rounds and what appeared to be live rounds. Industry experts have said live rounds should never be on set.

Additional ammunition, a dozen revolvers and a rifle also were seized in the search of a white truck used for storing props including firearms, according to an inventory list filed Friday in court.

This story was reported from Cincinnati. The Associated Press contributed