Living in confined quarters is putting a strain on marriages.

Divorce attorneys have seen an uptick in inquiries from couples about heading to splitsville and anticipate more people will file for divorce as courts reopen in more states in the age of the coronavirus pandemic.

“It’s really a make-it-or break-it situation. A lot of the complaints I get [form couples] are they don’t bond, they don’t connect, they’re always busy and the people that want to make it work are getting a rare opportunity to do so,” Jacqueline Newman, a New York City-based divorce lawyer and author of "The New Rules For Divorce," told FOX Business on Monday, adding: “For every marriage that was on the brink, this is what’s going to push people over.”

It’s already starting to happen in Hollywood. Reality TV star Kristin Cavallari and former Chicago Bears quarterback Jay Cutler announced their plans to get a divorce on social media Sunday after a decade together.

“With great sadness, after 10 years together we have come to a loving conclusion to get a divorce,” the couple posted on Instagram.

Cutler and Cavallari reportedly had their ups and downs pre-quarantine, and Newman says that some of her clients who were initially unsure about cutting ties with a spouse are now ready to call it quits too, adding the ample time together is likely factoring into the decision.

"I have clients that haven’t been ready and they’ve been calling me now saying, 'get me out of here.’ At this moment, there’s not much you can do," Newman explains.

The quarantine has already resulted in a surge of divorce filings in China, where the virus was first detected in the city Wuhan. Cities including Xi’an and Dazhou recorded divorce filing numbers skyrocketed at the beginning of March, according to a Bloomberg report from earlier this month.

The flood of filings likely happened with offices closed for more than a month as delayed requests pile up, coupled with people being confined with a partner for an extended period of time, which could bring underlying conflicts to the surface, according to the report.

As significant others spend more time together at home, it could strain couples who may have had issues before the quarantine. And calling it quits can be costly -- an average of $15,000 per person in the U.S., according to a survey by Bankrate -- at a time when millions of Americans are filing for unemployment and left without work.

There's little research, however, that suggests spending too much time with someone can lead to higher divorce rates. A Stanford University study from 2018 found that couples who lived together before they were married were less likely to get divorced after the first year of marriage, however, the rates were higher in the five years after.

If anything, Newman says now is a telling time in anyone's marriage.

"This could very much be an opportunity for people to connect again. The craziness of normal life is put to the side and it gives you time to sit and talk," Newman said. 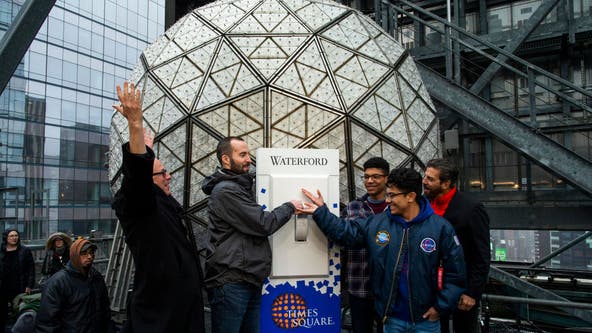