Amber Heard's legal team was planning to call Johnny Depp back to the witness stand today, but shortly after the court's lunch break, we learned that the team would not call him after all.

FAIRFAX COUNTY, Va. - Johnny Depp's fans continue to flock to the Fairfax County court where the beloved actor is in the midst of a drama-filled defamation trial against ex-wife Amber Heard.

During a morning break on Monday, one woman professed her love for Depp and asked when he was going to acknowledge that he was the father of the baby she was holding in her arms. Depp's admirer was removed from the courtroom after she screamed, "Johnny I love you, this baby is yours."

The popular trial has drawn increasing public attention over the last month. People have camped out overnight for the chance to be in the presence of the celebrity. 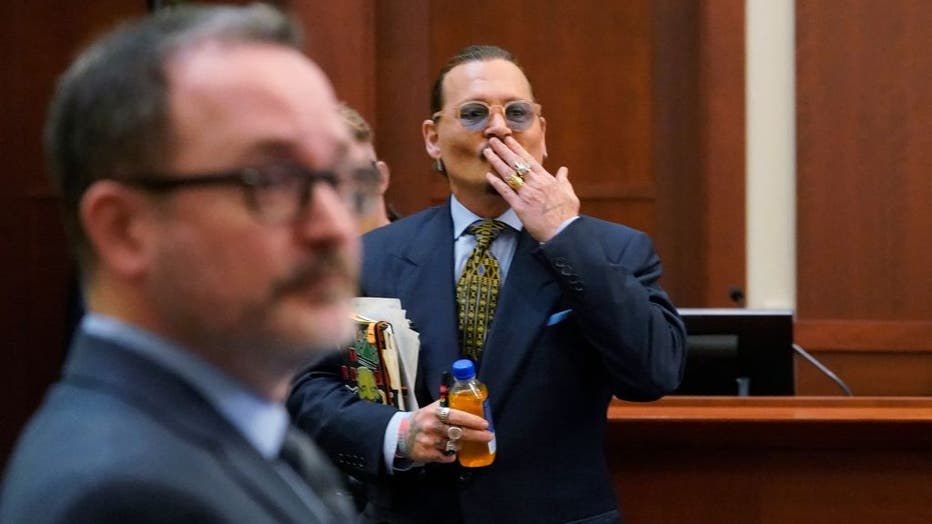 Wristbands from sheriff's deputies are given out at 7 a.m. each morning. The first 100 are guaranteed a spot in the courtroom. Some reports say some spent up to $30,000 on travel expenses just to get a front-row seat inside the courthouse to get a glimpse of the trial.

On the other side of the courthouse -- the arrivals have also garnered attention. Depp has made a habit of acknowledging the small gathering of fans outside the gate. On one occasion he called them all his "relatives." On another, he joked about making them all breakfast.

Some have taken their fandom to a different level – getting tattoos to match Depp's own markings.

Last week, while the trial took a break – a 'Captain Jack Sparrow' look-a-like was spotted picking up trash outside the courthouse!

Johnny Depp Trial: Crowds line up as Depp expected back on stand

Crowds line up outside the Fairfax County courthouse Monday morning. Johnny Depp is expected back on the stand as the $50 million defamation trial between Depp and his ex-wife Amber Heard enters the final week.