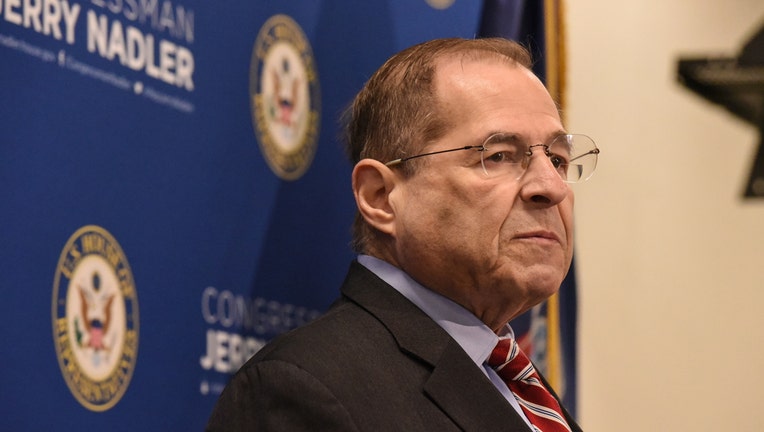 WASHINGTON (AP) -- The Justice Department has agreed to turn over some of the underlying evidence from special counsel Robert Mueller's report, including files used to assess whether President Donald Trump obstructed justice, the chairman of the House Judiciary Committee said Monday.

Rep. Jerrold Nadler said the department will begin complying with the committee's subpoena on Monday and provide some of Mueller's "most important files." He said all members of the committee will be able to view them.

The Justice Department did not have an immediate comment.

In response to the agreement, Nadler said the panel will not vote to hold Attorney General William Barr in criminal contempt, for now. But the House is still expected to vote on a resolution Tuesday that would empower the committee to file a civil lawsuit for the materials, if Democrats decide to do so.

"If the Department proceeds in good faith and we are able to obtain everything that we need, then there will be no need to take further steps," Nadler said in a statement. "If important information is held back, then we will have no choice but to enforce our subpoena in court and consider other remedies."

The news comes hours before Democrats were to start a series of hearings intended to galvanize public attention on the findings of the Russia investigation. John Dean, a star witness from Watergate who helped bring down Richard Nixon's presidency, is one of the witnesses. The hearing, which will also feature former U.S. attorneys, is on "presidential obstruction and other crimes."

Dean told CNN on Monday that he'll describe "how strikingly like Watergate what we're seeing now, as reported in the Mueller report, is." He said he'll pay particular attention to the question of whether Trump obstructed justice.

The slate of televised sessions on Mueller's report means a new, intensified focus on the Russia probe and puts it on an investigative "path" -- in the words of anti-impeachment Speaker Nancy Pelosi -- that some Democrats hope leads to Trump's impeachment. In doing so, they are trying to aim a spotlight on allegations that Trump sought to obstruct a federal investigation as well as his campaign's contacts with Russia in the 2016 election.

And they will lay the groundwork for an appearance from Mueller himself, despite his stated desire to avoid testifying.

Monday's hearing is only the start of three days of Russia-related action on Capitol Hill. The House Intelligence Committee on Wednesday intends to review the counterintelligence implications of the Russian meddling. Mueller said there was not enough evidence to establish a conspiracy between the Trump campaign and Russia, but he said he could not exonerate Trump on obstruction.