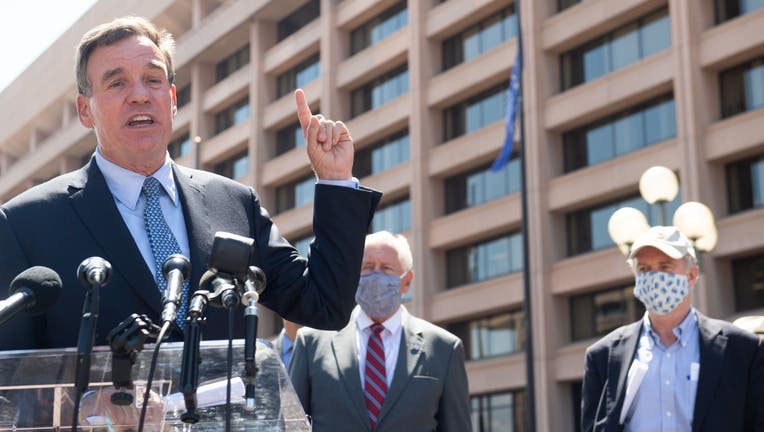 Warner was heavily favored to win throughout the race.

Warner is a former governor and current vice chair of the Senate Intelligence Committee.

He had a massive cash advantage and scared off well-known Republicans from running against him.

And the highly contagious nature of the disease prevented both candidates from the stumping that defines traditional campaigns.

A first-time political candidate, Gade was reportedly considered a longshot heading into the 2020 election.

The Democrats have not lost a statewide race in Virginia in over a decade.

Warner has represented Virginia since 2009.

Once a Republican stronghold, Virginia – with its burgeoning suburbs – has morphed into a blue state.

The Democratic party has come to dominate the state legislature in recent years, with 2019’s legislative elections establishing a majority in both Virginia State Senate and the Virginia House of Delegates.

Prior to serving in the Senate, Warner served as Virginia’s governor from 2002 to 2006.

Gade had positioned himself as an outsider, and characterized Warren as the consummate Beltway insider.

Their final debate focused heavily on the pandemic as well as issues important to seniors, like prescription drug prices and the Affordable Care Act.

Warner, a former governor, cast himself as a trusted problem solver.

Gade, a first-time candidate and retired Army officer who lost a leg when his Humvee was blown up in Iraq, offered himself up as an energetic fresh face unafraid of special interests.