During a White House COVID-19 briefing, Jeffrey Zients highlighted companies and businesses that are increasing vaccination mandates and implementing new policies and initiatives to help slow the spread of the highly contagious delta variant.

Three major airlines have decided to not mandate COVID-19 vaccines for their employees but are implementing incentives to encourage those who haven’t yet rolled up their sleeves to do so, such as paid time and cash.

Delta, American Airlines and Southwest Airlines have all decided against mandating vaccines for their crews but "strongly encouraged" them, straying away from airlines such as Frontier and United Airlines which announced vaccine mandates for employees earlier this month.

American said that they will offer any employees who proactively decide to get the COVID-19 vaccine an additional day off in 2022 and $50 through its employee recognition program, the airline told FOX TV Stations. 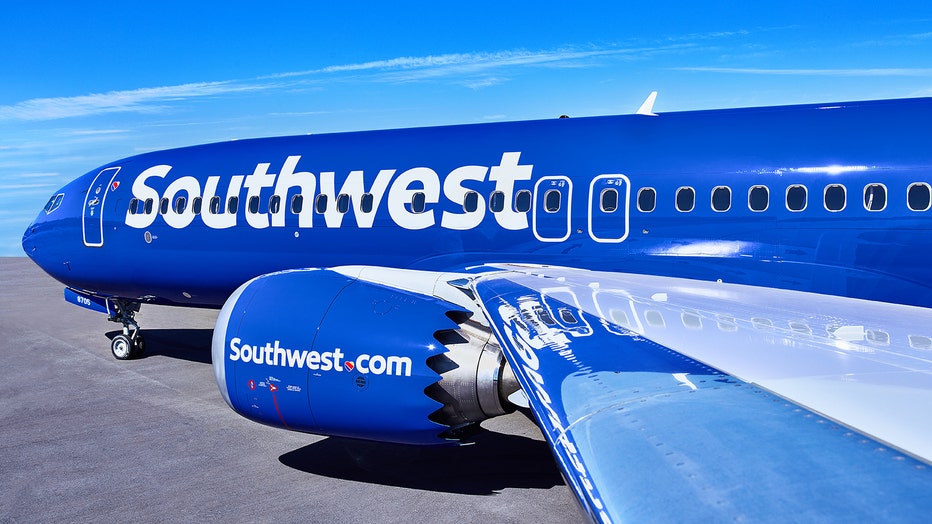 RELATED: United Airlines to require U.S. employees to be vaccinated

"Nearly 75% of our employees have been vaccinated and the rate continues to climb," Delta told FOX TV Stations.

Southwest also continues to "strongly encourage" their employees to get the COVID-19 vaccine but will not be mandating them, nor has the company made public whether or not it will offer incentives.

Meanwhile, United Airlines announced on Aug. 6 it will be requiring all employees to get the COVID-19 vaccine before Oct. 25.

United officials called their decision a matter of safety and cited "incredibly compelling" evidence of the effectiveness of the vaccines.

"We know some of you will disagree with this decision to require the vaccine for all United employees," CEO Scott Kirby and President Brett Hart told employees. But, they added, "the facts are crystal clear: everyone is safer when everyone is vaccinated."

United, which has 67,000 employees in the United States, has required new hires to be vaccinated since mid-June. Unvaccinated workers have been required to wear face masks at company offices.

The Chicago-based airline estimates that up to 90% of its pilots and close to 80% of its flight attendants are already vaccinated. They have gotten incentives to do so.

A United executive said the airline has no plans to require that passengers be vaccinated, calling that a government decision. And the mandate won’t extend to employees at smaller airlines that operate United Express flights.

United told U.S. employees that they will need to be fully vaccinated by Oct. 25 or five weeks after the Food and Drug Administration grants full approval to one of the vaccines — whichever date comes first. The FDA has only granted emergency-use approval of the Pfizer, Moderna and Johnson & Johnson vaccines, and the agency is currently reviewing Pfizer’s application for full approval.

Frontier Airlines followed suit and announced that it will require employees to be fully vaccinated by Oct. 1 or face "regular" testing for the virus.

Since the highly contagious delta variant became the leading strain of COVID-19 in the U.S., most airlines have said ticket sales haven’t been affected. However, Frontier Airlines executives blamed the variant for weaker bookings earlier this month.

Before the United announcement, Disney and Walmart announced vaccine mandates for white-collar workers, and Microsoft, Google and Facebook said they will require proof of vaccination for employees and visitors to their U.S. offices.

On Aug. 3, Tyson Foods announced it will require all U.S. employees to get vaccinated by November — notable because, unlike the tech companies, Tyson relies on many lower-paid workers who cannot do their jobs remotely.

A few state governments are getting involved in vaccine mandates. California and New York City will require employees to be vaccinated or face weekly testing, and the California mandate extends to workers in public and private hospitals and nursing homes.

Further, some big companies including Amazon have delayed reopening offices, which will likely push back any significant recovery in lucrative business travel. Starting Monday, Amazon will be requiring all of its 900,000 U.S. warehouse workers to wear masks indoors, regardless of their vaccination status.