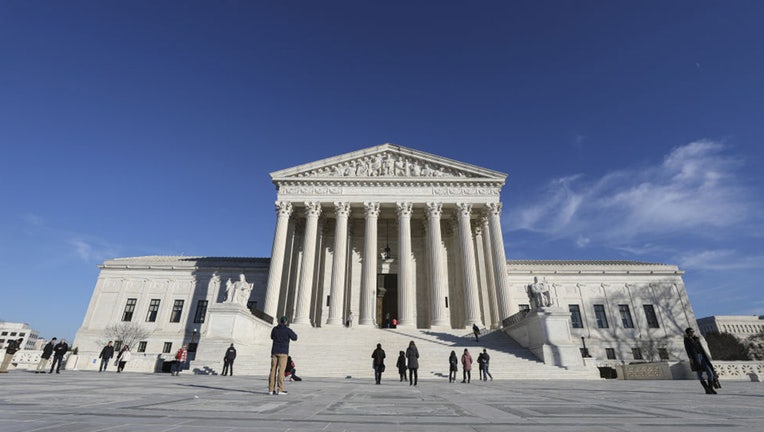 WASHINGTON - The Supreme Court on Wednesday will hear a case that could make it more difficult for students with disabilities to resolve problems quickly when they're not getting needed assistance in public schools.

The question for the justices involves a federal law that guarantees disabled students an education specific to their needs.

Lawyers for Miguel Luna Perez, a deaf student who attended public school in Sturgis, Michigan, said that for more than a decade the school system failed to provide him with a qualified sign language interpreter and misled his parents into believing he was on track to earn his high school diploma. Just before graduation, however, his family was told he qualified only for a "certificate of completion," not a diploma.

His family responded by pursuing claims under two laws, the broad Americans with Disabilities Act, which prohibits discrimination against disabled people, and the Individuals with Disabilities Education Act. The IDEA guarantees children with disabilities a free public education that is tailored to their specific needs.

Perez's family and the school district ultimately settled the IDEA claims. The school district agreed to pay for extra schooling and sign language instruction for Perez and his family, among other things. The family then went to federal court and, under the ADA, sought monetary damages, which aren't available under the IDEA.

Lower courts, however, said that to sue under the ADA Perez should not have agreed to a settlement.

Former federal education officials are among those who told the court that those lower court decisions are wrong. The officials say upholding them would hurt children with disabilities by forcing them to choose between immediately getting issues resolved but forfeiting other claims and delaying to try to get fuller relief.

While the IDEA encourages settlements, upholding the lower court decision would force students and their families to "forgo speedy relief and waste time, money and administrative resources" to preserve their other claims, they said. The Biden administration is also urging the court to side with Perez.

A national school board association and an association of school superintendents, however, are among those who believe lower courts were right. They say ruling otherwise would weaken the IDEA's collaborative process to resolve issues and lead to more lengthy and expensive court proceedings.