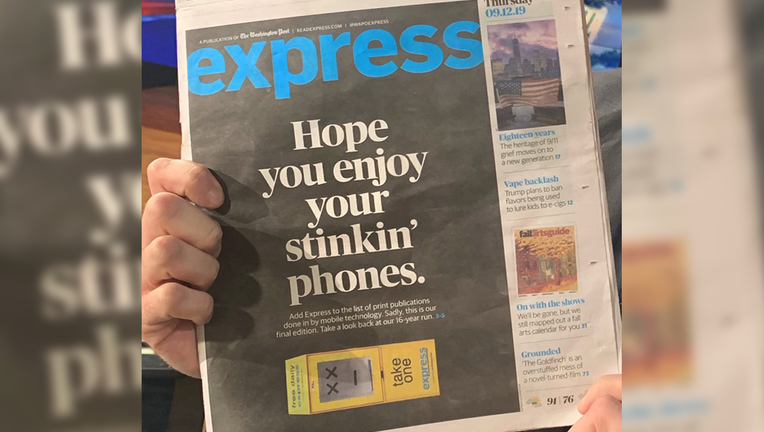 WASHINGTON (AP) - Washington's daily free commuter newspaper, Express, always prided itself on wit. The paper is published by The Washington Post and when Amazon billionaire Jeff Bezos bought the Post in 2013, Express ran the headline: "Bezos Buys Express! (oh ... and the Washington Post too)."

So when it came time to close down Express, the publication went out with an all-time great. Thursday's farewell edition depicted a trademark yellow Express box on its side and underneath the stark headline, "Hope You Enjoy Your Stinkin' Phones."

After 16 years, the Post shut down Express, one day after informing staff of the decision. 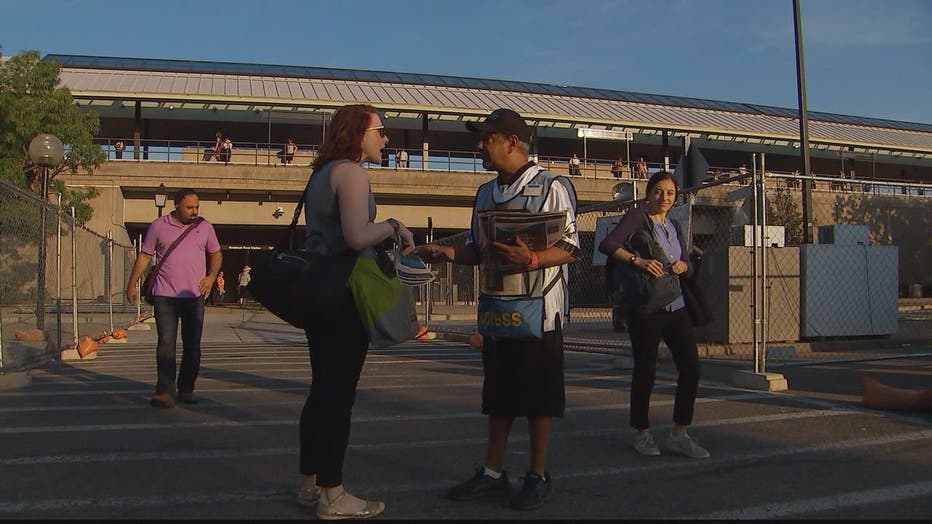 Dan Caccavaro, the only editor in chief the paper has ever known, said when contacted by The Associated Press that he had been at a staff gathering the previous night that was "more like an Irish wake, a lot of laughing and crying and drinking."

Caccavaro blamed changing consumer habits, and said it had become increasingly rare to see subway riders reading Express or anything else printed on actual paper. The publication had once been a steady profit generator, but barely broke even last year and ad revenue was trending downward. Circulation had dropped from a peak of 190,000 copies to about 130,000.

"You kind of knew your time was limited," he said. "But I had no warning that this was coming now."

The closure drew a fierce reaction from the Post's union, which has engaged in tense negotiations with Bezos. The Washington Post Guild said in a statement that the 20 Express employees were fired Wednesday without warning. The employees had no Guild protections because they had not been allowed to join the union for reasons that the statement called "bureaucratic fictions." 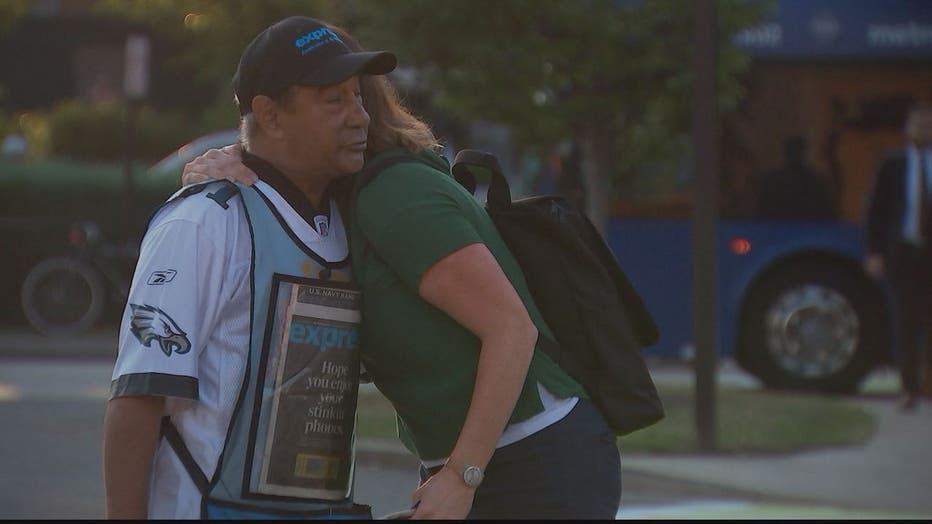 The statement urged management to find positions for the laid-off employees. Caccavaro, who also was let go, said he believes "there's a genuine effort" underway to find new homes for his former staffers.

The Post, in a statement, called Express "an integral part of the morning commute for Washingtonians." It noted that the introduction of WiFi in Washington's Metro system had enabled riders to stay online during their commute and reduced the need for publications such as Express.