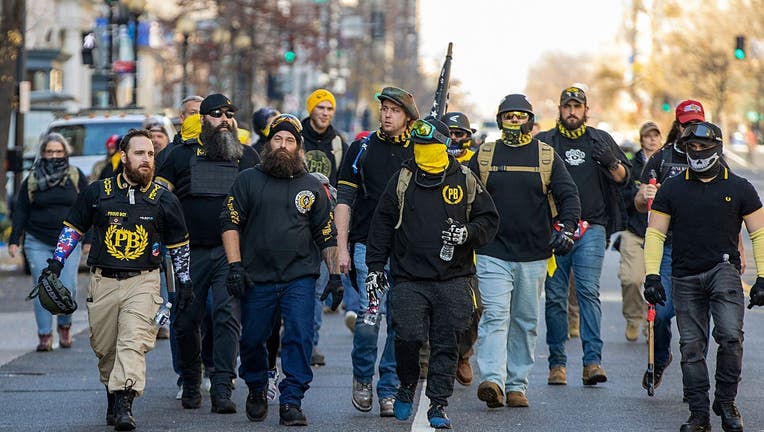 WASHINGTON - A D.C. church that was targeted by vandals during protests against the 2020 election results says it is suing the Proud Boys – a self-described "chauvinist" group often associated with white nationalism.

The Metropolitan African Methodist Episcopal Church was one of two historically black churches that were vandalized during the protests.

According to the church, the Proud Boys constituted a group that scaled its fence and then tore down a large Black Lives Matter sign on display.

"White supremacists like the Proud Boys, would rather see the country burn than to see it united together under justice and freedom for all," said Kristen Clarke, president and executive director of the Lawyers’ Committee for Civil Rights Under Law. "Black churches and other religious institutions have a long and ugly history of being targeted by white supremacists in racist and violent attacks meant to intimidate and create fear. Our lawsuit aims to hold those who engage in such action accountable. We are proud to represent Metropolitan A.M.E. which has a long history of standing against bigotry and hate and whose courage and determination to fight back is a beacon of hope for the community."

The church is suing the Proud Boys organization and Enrique Tarrio – its chairman.

Tarrio told the Washington Post in December that he’d torn down at least one of the Black Lives Matter banners.