In the shadow of protests that erupted in violence over the summer, some D.C. business owners are wondering what a contentious 2020 election may bring.

WASHINGTON (FOX 5 DC) - In the shadow of protests that erupted in violence over the summer, some D.C. business owners are wondering what a contentious 2020 election may bring.

With election night just two weeks away, some are asking – is it time to board up my business again?

The BIDs meet regularly, virtually, but this time requested time with the District’s emergency management leaders.

D.C. saw multiple nights of serious rioting in late May and early June, causing significant damage to buildings and businesses outside the White House, in City Center and Georgetown.

The extent of the vandalism prompted businesses in downtown Bethesda and Silver Spring to board up as well. 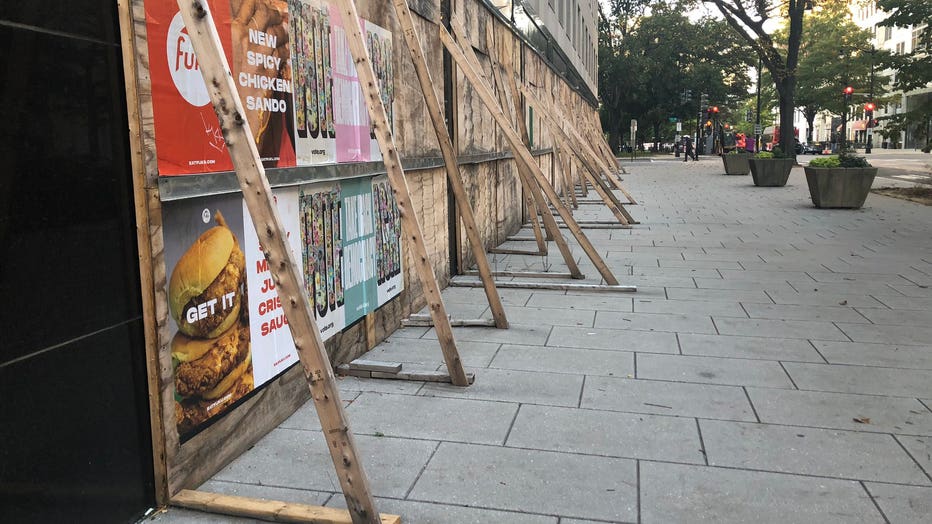 The Tuesday discussion with HSEMA including questions on what sorts of threats businesses might expect around Election Day or the Inauguration, given the polarization around U.S. politics.

FOX 5 was not invited to participate in the virtual meeting, but did discuss the conversation with HSEMA Director Christopher Rodriguez afterward.

Rodriguez told FOX 5 he is not recommending that businesses board-up given what they know thus far.

“Our threat environment, right now, does not indicate that we’re going to see the types of activity and violence that we saw in May in June. And so we are not recommending that at this time, but again what we told the BIDS is that if the environment changes, we will communicate that to them,” Rodriguez said.

Another important part of the discussion involved businesses preparing.

This includes business owners having direct contact information for HSEMA and DC Police working with the BIDs, signing up for updates for the DC communication system called, “Alert DC,” and knowing where polling locations are so business owners can anticipate where crowds might gather.

Rodriguez also said right now, businesses should be on the lookout for suspicious activity, such as someone asking whether there are security guards 24-7 at a certain building.

“Those are questions a reasonable person would not ask. And so making sure that if that behavior is observed, and it is behavior-based, not the way someone looks or the color of their skin, it is behavior-based, they need to report that to the police department immediately,” said Dir. Rodriguez.

In June, FOX 5 shared cellphone video showing vandals looting Bobby Van’s steakhouse on 15th St. NW. Multiple people were seen walking out with high-end bottles of alcohol. The T-Mobile a couple of doors down was raided. 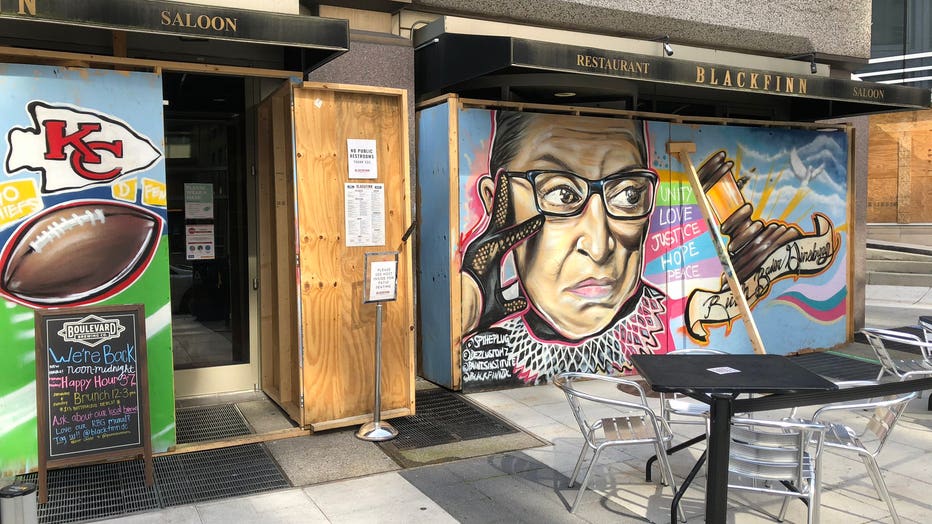 That was the manager of Blackfinn restaurant near the White House. They kept boarding up but also included murals to show support for the community.

Bobby Van’s General Manager told FOX 5 over the phone, they are 90% sure they’ll board up again on Election Night, but Jonathan Langel also told FOX 5 it’s not an easy decision to make.

For one, he said it’s expensive on top of COVID-19 losses. The general manager also referenced how much politics is ingrained into D.C. culture – it’s hard for them to “just close-up shop and give up.” Election Night was traditionally a good night for the business, Langel added.