A prayer vigil was organized over the weekend at the Gurdwara Sikh Spiritual Center in Rockville following a&nbsp;mass shooting&nbsp;last week in Indianapolis that left several members of city's Sikh community dead.

ROCKVILLE, Md. - The Sikh community is mourning for the eight people killed in the mass shooting at an Indianapolis Fed Ex facility, four of whom were Sikhs.

An interfaith prayer vigil was held Sunday at the Gurdwara Sikh Spiritual Center in Rockville.

Religious leaders, including Jewish, Mormon, Methodist and Muslim, attended and spoke to the crowd.

Women with the gun control group Moms Demand Action were also there and people came with their families and children.

"How do you tell (children) that someone can hate someone so much to hurt them?" said Preet Singh, a mother who attended. "And so having them a part of this and then talking to them about accepting everyone, that makes a big, big difference." 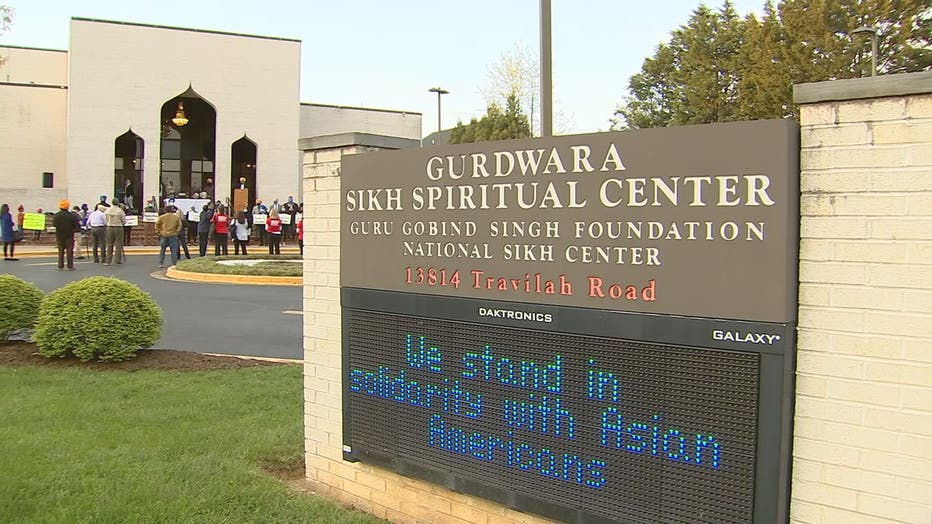 There are fears there could have been a hate or bias motivation in Thursday's attack, but that remains under investigation.

Police say the 19-year-old shooter, a former Fed Ex employee, had a gun seized by law enforcement last year after his mother shared fears about his mental health including that he may try to commit "suicide by cop."

Investigators say the suspected shooter, Brandon Hole, still went on to legally buy the two assault rifles he used in the attack even though Indiana has a red flag law. Hole died by suicide.

Thursday's deadly shooting isn't even the most recent mass shooting in the country and people at the vigil called for unity, but also stronger gun laws.

"It's something that shouldn't be normalized and unfortunately, it happens so often in the United States people become numb to it," said Jibreel Jaka, who attended the vigil.