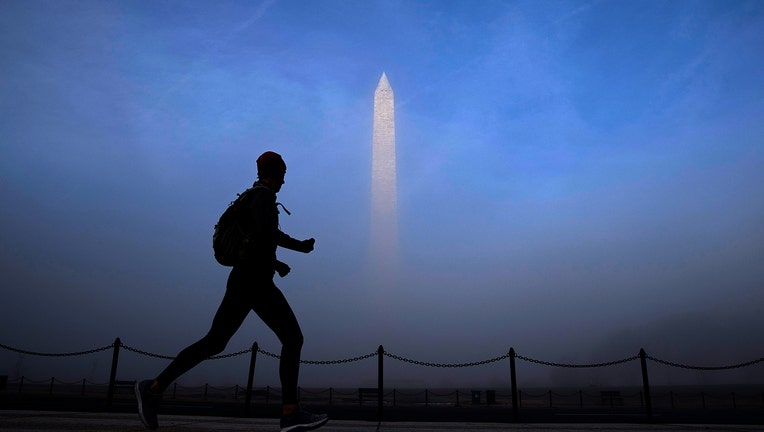 A jogger runs past the Washington Monument as thick fog enveloped the nation's capital January 9, 2018 in Washington, DC. (Photo by Win McNamee/Getty Images)

WASHINGTON - The District of Columbia joins four states as the nation’s most active areas, according to a recent study by the Centers for Disease Control and Prevention.

The agency this month released its findings from a recent study on physical inactivity levels across the U.S. The study, which combined data from 2015 through 2018, is based on telephone interviews conducted by both federal and state health officials.

D.C. – alongside Colorado, Washington state, Utah, and Oregon – boasts one of the most active populations in the country – with less than 20 percent of physical inactivity levels.

Virginia and Maryland were about average – with inactivity rates between 20 and 25 percent. 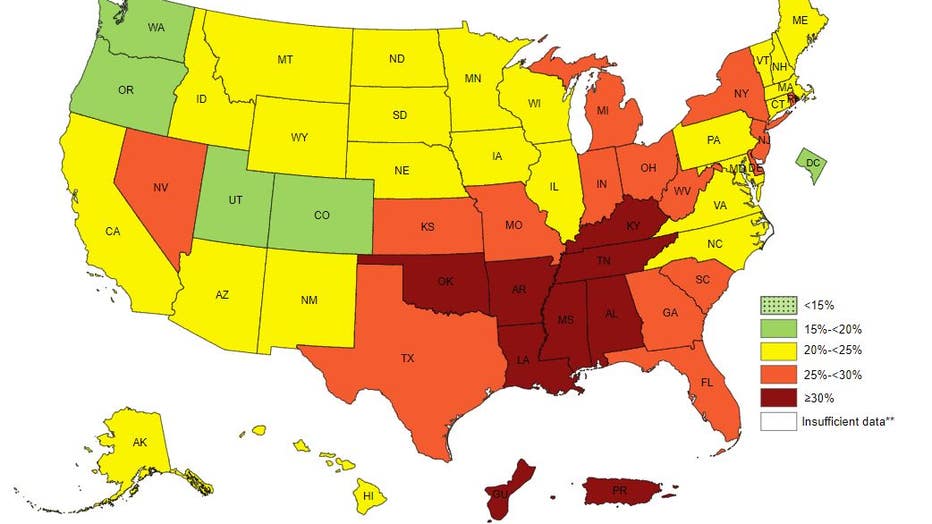 Overall, all states and territories had more than 15 percent of adults who were considered physically inactive. Physical inactivity was determined if they responded “no” to the question: “During the past month, other than your regular job, did you participate in any physical activities or exercises such as running, calisthenics, golf, gardening, or walking for exercise?”

The South had the highest levels of physical inactivity, with 28 percent of adults responding “no” to the above question. Coming in second was the Northeast, at 25.6 percent. The Midwest and the West followed behind at 25 percent and 20.5 percent, respectively.

In particular, seven states – Oklahoma, Arkansas, Louisiana, Mississippi, Alabama, Tennessee and Kentucky – reported the highest levels of inactivity. In these states, 30 percent or more of adults were physically inactive.

The CDC recommends 150 minutes of physical activity each week, or 30 minutes a day across five days.

“Active people generally live longer and are at less risk for serious health problems like heart disease, type 2 diabetes, obesity, and some cancers. For people with chronic diseases, physical activity can help manage these conditions and complications,” the federal agency states.

FOXNEWS.COM contributed to this report.