A Saratoga County man in his 60s is the first confirmed COVID-19 variant case in New York. He works at a jewelry store in Saratoga Springs.

NEW YORK - A New Yorker from Saratoga County has tested positive for a variant of the novel coronavirus believed to be more easily transmittable, according to the governor.

This strain, known as B.1.1.7, was first detected in the United Kingdom and quickly spread through parts of England, according to the CDC. The variant has since turned up in the U.S. and Canada.

The patient, a man in his 60s, is the first confirmed New York infection of this variant. He has "no known travel history," Gov. Andrew Cuomo said on Monday, so his case appears to be from community spread.

"He was symptomatic but he is on the mend and he's doing better," Cuomo said during a telephone briefing. "He did not travel recently, so this suggests that it's in the community."

The governor and mayor announced developments in the race to vaccinate and slow the spread of the virus.

The man works at N. Fox Jewelers, located at 404 Broadway in Saratoga Springs, Cuomo said. Three more coronavirus cases are linked to the store but aren't yet confirmed to be from the same strain.

"So, if you went to the N. Fox Jewelers store in Saratoga Springs from December 18th through December 24th, you should contact us and get a test immediately," Cuomo said. "From a public health point of view, now it's about contact tracing, and this U.K. strain is reported to be 70% more contagious than the normal COVID strain. So, we want to make sure we're doing everything we can to do effective contact tracing on this case."

The CDC said that many variants of the virus that causes COVID-19 are circulating around the world and that the B.1.1.7 variant has an "unusually large number of mutations." 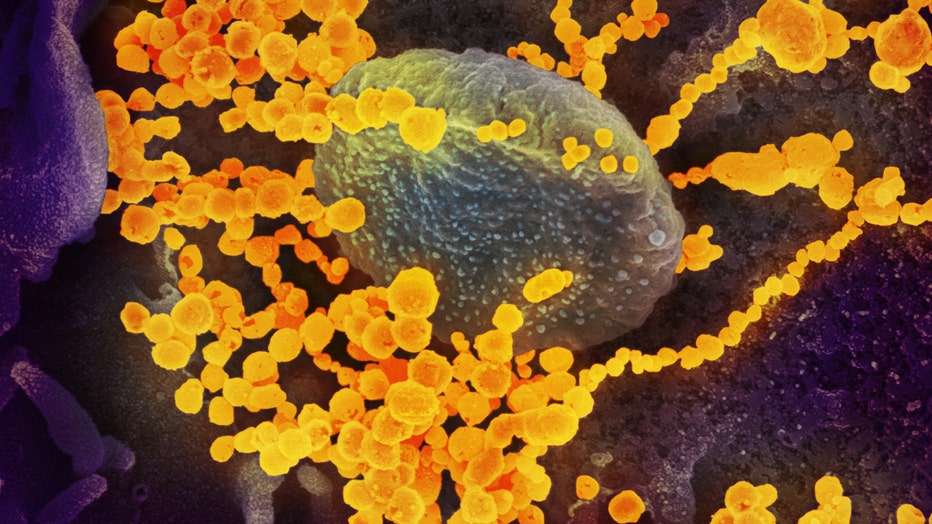 "This variant seems to spread more easily and quickly than other variants. Currently, there is no evidence that it causes more severe illness or increased risk of death," CDC said. "This variant was first detected in September 2020 and is now highly prevalent in London and southeast England."

The first U.S. case of the B.1.1.7 variant was reported in Colorado last week.

Get breaking news alerts in the FOX 5 NY News app. Download for FREE!