FOX 5's David Kaplan reports that Congress is considering a bill to study D.C.'s water system as concerns grow over the city only have one source of water.

WASHINGTON - Are changes needed to how D.C.’s Water moves from the Potomac River to your tap? To answer that question, Congress could soon authorize a study to examine the issue.

D.C. Congresswoman Eleanor Holmes Norton introduced provisions in the Water Resources Development Act that would study whether the District needs to augment its water supply. The WRDA passed out of the transportation committee on a bipartisan vote Wednesday. It’ll go to a full house vote next.

Right now, the Potomac River is the only source providing drinking water for the entire city. Water from the Potomac River goes into the Washington Aqueduct, where it is stored and then spread throughout the District once the city buys it. 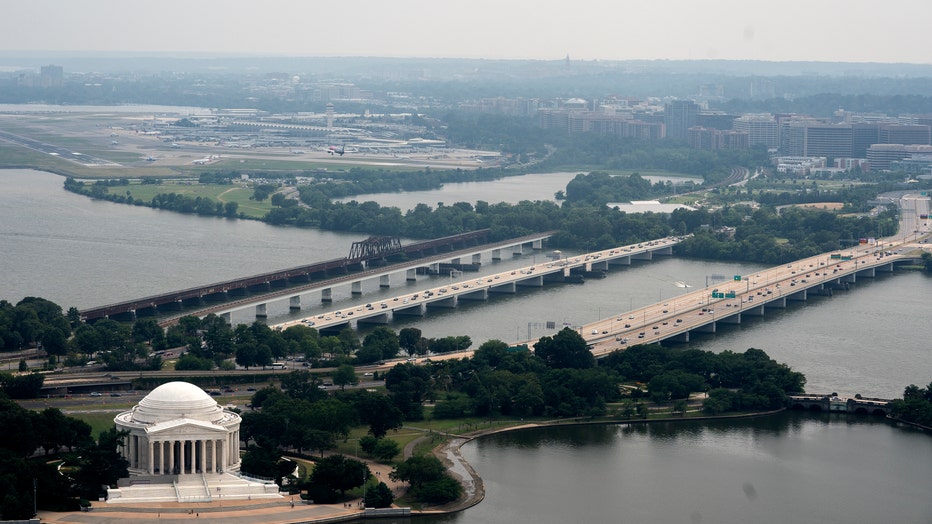 The problem is that D.C. only has one reservoir and one water source to provide water for the entire city. In fact, experts tell FOX 5 that if something were to happen to the Aqueduct, the city would only have one day worth of water saved up for residents.

"Contrast that to cities like New York, San Francisco, which have at least two supplies and are looking for a third one. So we are in a bind," Representative Eleanor Holmes Norton tells FOX 5.

RELATED: Why your DC tap water may have a different taste and smell - and how to reduce it

Representative Holmes Norton also discussed the urgency of conducting a Congressional study on D.C.'s water system. "We don’t put a time limit on it, because we don’t know what the study would entail. But climate change is coming so rapidly, that I’m hoping the study will be done within a year," explained Rep. Holmes Norton.

Michael Nardolilli with the Interstate Commission on the Potomac River Basin says the Potomac River is a reliable water source, and has been since D.C. started using it as a source around the time of the Civil War.

So then what’s changed?

According to Nardolilli, climate change has been the perpetrator. He says the climate will be warmer, wetter, and less predictable from year to year, so more needs to be done to stabilize and diversify D.C.’s water supply.

"There are a lot of people watching this very carefully, and they’ve been doing this a long time and it’s been very successful. But we do need to have this additional backup source," Nardolilli tells FOX 5.

FOX 5 also reached out to D.C. Water, which said it is also supportive of the study.

If passed, this bill would also study whether allowing people to swim in the Potomac and Anacostia Rivers is a good idea, as well as examining flood mitigation plans in Federal Triangle.