Union Station is grappling with safety concerns and failing businesses with no clear pathway for improvement going into 2023. FOX 5's Katie Barlow explains what those concerns are.

WASHINGTON - Union Station is grappling with safety concerns and failing businesses with no clear pathway for improvement going into 2023.

The landmark train station is nearly 115 years old. For many stepping out of the station and into the city, it's their first glance at the nation's capitol.

Union Station once had over 100 stores open to commuters and tourists, according to the Washington Post. They included places to eat, shop, buy a last-minute suit, or pick up a gift on the way home. But now, there are only about 40 stores left, and over half of the commercial space is vacant. Starbucks and Einstein Brothers are among the bigger stores that have left Union Station.

But now concerns are growing over safety in the area. In September, someone was shot inside Union Station sending patrons and travelers running across the building.

"There was a shooting near shake shack. Me and my dog were here. We had three customers inside. Everyone heard the gunshots at the same time. I had to hide my customers in the cabinet back there. It was very scary," Samarah Banks from Lee's Flower Shop tells FOX 5.

Banks says even though that moment was scary, it's no different than similar moments that happened at Tyson's Mall or other public places in our region, and that it doesn't make her more scared to be here. She says business at Lee's Flower Shop is doing well, particularly on weekends. 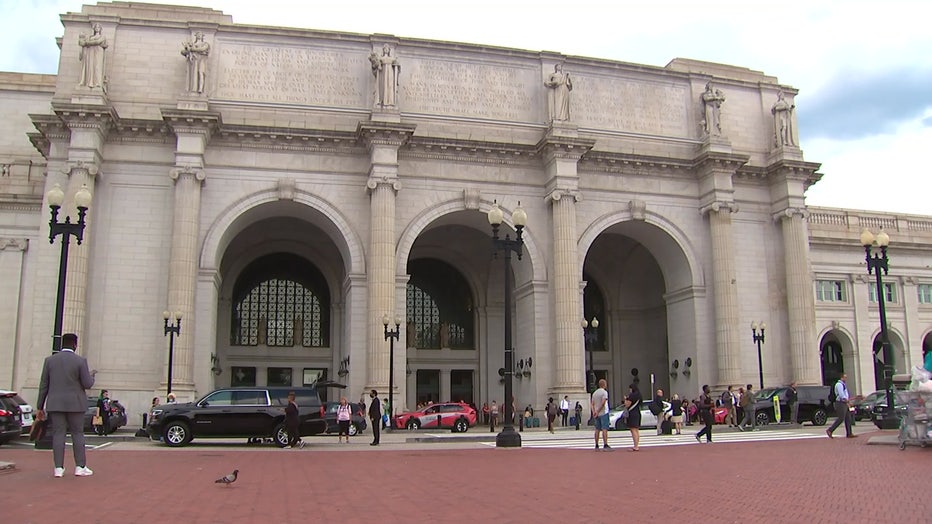 "We're happy to be here. We're doing good. It does definitely have its slow days. A lot of slow days but it makes up for it in the weekend basically when there's a lot of travelers we get a lot of customers," Banks said.

Other businesses at the station tell FOX 5 they are experiencing a different situation.

The shop tender for Andrew's Ties, a store on the station's second floor offering handmade cravats, says business has been terrible and that the shop is struggling to stay open.

Fox 5's David Kaplan reports that Amtrak is asking a court to allow the company to take over D.C.'s Union Station under eminent domain.

Despite the concerns over safety and the future of businesses at the station, travelers FOX 5 spoke with say they enjoy visiting Union Station.

"It looks beautiful. The floors are really nice. I have my daughter with me. This is her first time here. We were comparing it actually to New York," said Devin Christy, who was visiting from New York.

"Overall I do feel like it's safe. Once upon a time I used to come here every month. I would come to Union Station and I'm fine. I never feel scared," said commuter Shawanna Anderson.

FOX 5 also spoke with a DMV native about the concerns over safety at the station. When asked if she feels safe, Traci Thompson said, "Absolutely, yeah, it's a lot of fun and being here with so many different museums and so much culture it's neat to give them those experiences."

The concerns over safety and failing businesses come as the federal government is looking to finalize a $10 billion renovation at the station. There is also a pending lawsuit involving Amtrak, who wants to take control of the station. A spokesperson for Amtrak says the move will enable the company to make additional improvements at the station, while also, directly investing in the station in a more efficient and effective manner.