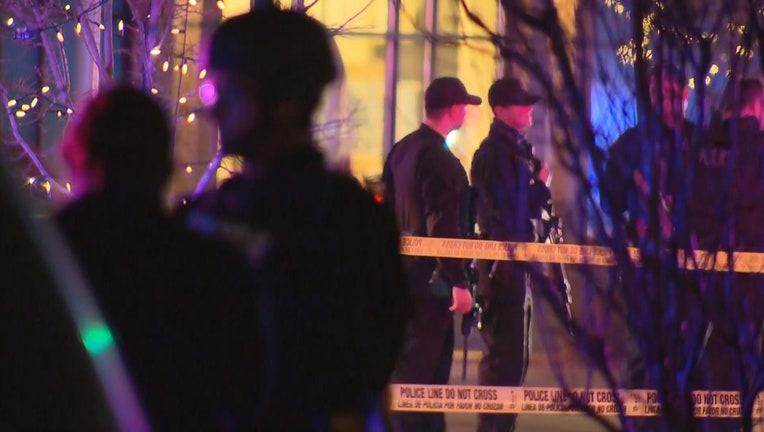 Law enforcement and caution tape is pictured at one of the scenes of a fatal shooting spree on Dec. 27, 2021, near Denver, Colorado. (Credit: KCNC)

DENVER - A Colorado gunman has been blamed for killing four individuals and injuring three – including a police officer – in a shooting spree at multiple locations in Denver and the suburb of Lakewood, according to reports.

The suspected gunman was fatally shot in Lakewood, FOX 31 reported. Authorities said they are searching an area in Belmar for possible additional suspects.

The first shooting occurred in Denver, which resulted in the deaths of two women, police said, according to the station. Another person was injured. There was a separate shooting that resulted in another man’s death in another location in the city.

Two people, including the suspect, were pronounced dead after another shooting in Lakewood, police said.

"This one individual was responsible for this very violent crime spree that took place this evening," said Paul Pazen, the Denver Police chief, according to FOX 31. He said the department does not believe there is a threat to the community.

Authorities described a chaotic series of events that started at about 5 p.m. The gunman fatally shot two women and injured a man and, at another location in Denver, shot and killed a male victim, police said, according to the Denver Post.

He later exchanged fire with Denver police officers and managed to disable their vehicle.

The report, citing police, said the suspect killed another person in Lakewood before he was engaged by Lakewood police. The suspected gunman fled from his vehicle and reportedly shot a clerk inside a Hyatt hotel, the paper said. That clerk was taken to the hospital, but police did not know their condition, FOX 31 reported.

The officer was shot a short time later. The officer is in surgery, police said. 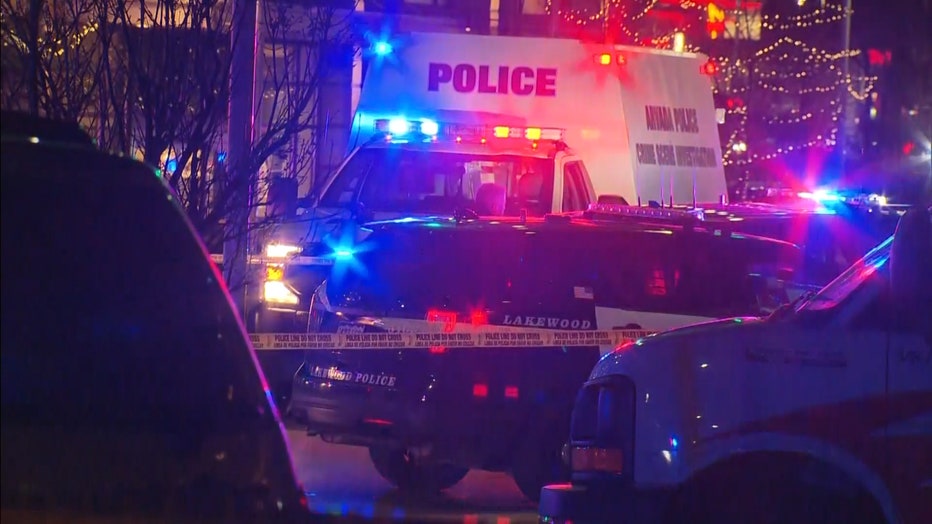 Police vehicles are pictured at one of the scenes of a fatal shooting spree on Dec. 27, 2021, in Lakewood, Colorado. (Credit: KCNC)

Witnesses in Belmar told FOX 31 that they saw the suspect's confrontation with a female officer.

"We seen (sic) the guy: he was a tall man, blond hair, with a trench coat. She yelled at him to ‘put his gun down!’ She yelled, ‘put your gun down’ and he turned around and, like, pulled up the gun and shot her right in front of us, multiple times," a witness said.

The suspect was eventually fatally shot, but authorities did not say if he was killed by police.