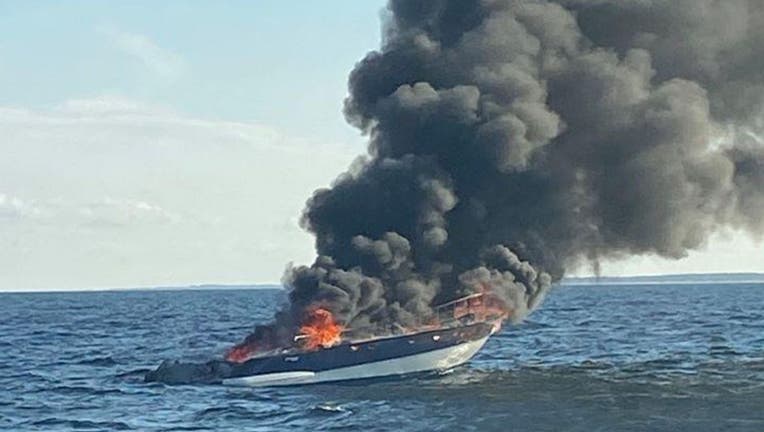 OCEAN CITY, Md. - U.S. Coast Guard crews and a fishing vessel were able to rescue six people who abandoned a boat that caught fire off the shore of Maryland.

The Coast Guard Maryland-National Capital Region received an alert from the 54-foot (16-meter) cruiser yacht “No Filter” on Thursday that all six people on board were abandoning ship after a large fire engulfed the vessel in flames about 3 miles (5 kilometers) south of Ocean City, news outlets reported, citing the agency.

Crew members from a nearby fishing boat overheard the distress call and recovered the mariners, authorities said. 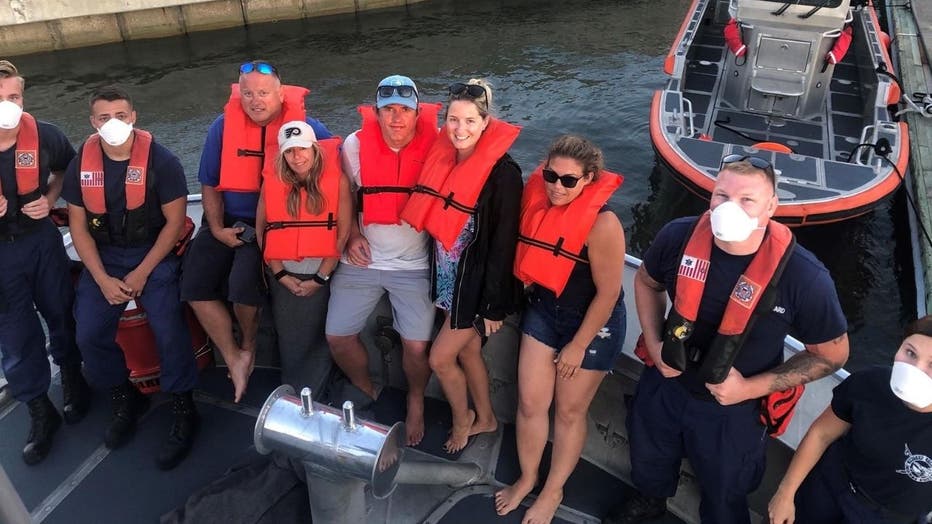 The Coast Guard arrived shortly after and transferred the rescuees aboard before taking them to safety.

READ MORE: Great white shark is spotted off the coast of Ocean City

A group of fishermen got a closeup view with a great white shark!

All six boaters were wearing lifejackets, according to the agency.