INDIO, Calif. - After a two-year hiatus due to the ongoing coronavirus pandemic, the 2022 Coachella Valley Music and Arts Festival is set to go on as scheduled this spring in Riverside County and will be headlined by Billie Eilish, Ye, and Harry Styles.

Eilish performed at the festival in 2019 and Ye, formerly known as Kanye West, was a headliner back in 2011. 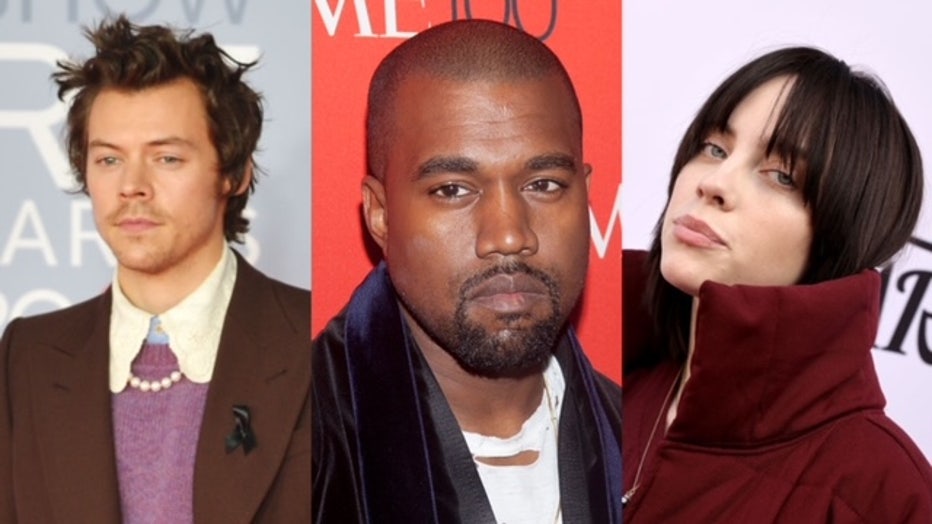 According to Billboard, Swedish House Mafia is also in the mix at the music festival held at the Empire Polo Club grounds in Indio.

Rage Against the Machine, Frank Ocean and Travis Scott were announced as headliners in 2020. However, the festival was postponed due to the pandemic that year and in 2021.

PREVIOUS COVERAGE: Coachella 2020 lineup announced; a look at the stars set to perform

Travis Scott was removed from the lineup following the AstroWorld tragedy where 10 people lost their lives, including a 9-year-old boy, during a crowd surge on that chilling November evening.

Shortly after the two weekends dedicated to Coachella, the Empire Polo Club will host the Stagecoach country music festival on April 29 through May 1, 2022.

Numerous events in Southern California have been canceled due to a surge of COVID-19 cases, fueled by the highly contagious Delta and Omicron variants.

In other entertainment news, the Hollywood Foreign Press Association went forward with this year’s Golden Globes without celebrities, an audience, or press in attendance, despite the controversy surrounding the event, according to The Hollywood Reporter.

The Grammy Awards have been postponed indefinitely and the National Football League is exploring contingency sites for the Super Bowl. As of now, the game is scheduled for Feb. 13 at Inglewood’s new SoFi Stadium, home of the LA Rams and Chargers.

In August, Golden Voice said concertgoers and event staff at all of its venues will be required to be fully vaccinated.

Weekend 1 is sold out but presale tickets for Weekend 2 starts Friday.