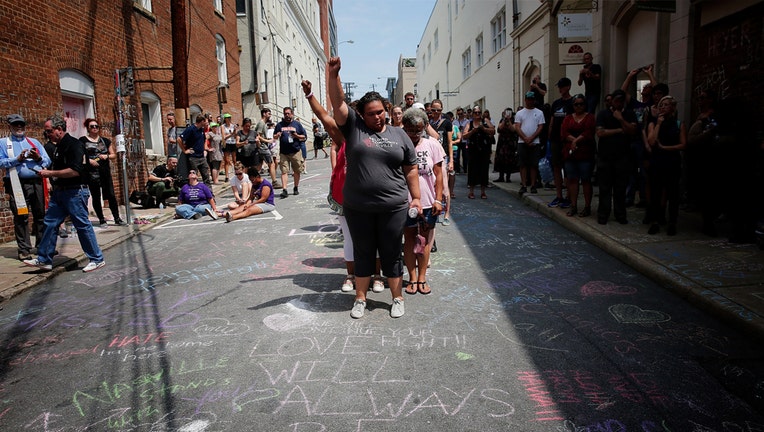 Members of the Charlottesville community gather near a makeshift memorial for Heather Heyer, who was killed two years ago during a deadly clash in Charlottesville, Virginia. (Photo by Win McNamee/Getty Images / Getty Images)

CHARLOTTESVILLE, Va. (AP) - Charlottesville residents are marking the second anniversary of a deadly white nationalist rally with a series of peaceful community events.

About 20 people gathered Monday afternoon for a moment of silence at the site where an avowed white nationalist plowed a car into a crowd of people, killing 32-year-old Heather Heyer and injuring dozens more. Flowers and signs decorated a memorial to Heyer.

The August 12, 2017, rally drew a mix of violent far-right extremists. Brawls broke out with anti-racism protesters, and authorities eventually forced the crowds to disperse. The car attack came later as peaceful counterprotesters were marching through downtown.

Two state troopers who had been involved in surveillance were killed when their helicopter crashed.

Other events marking the second anniversary included a ballet performance and a worship service.