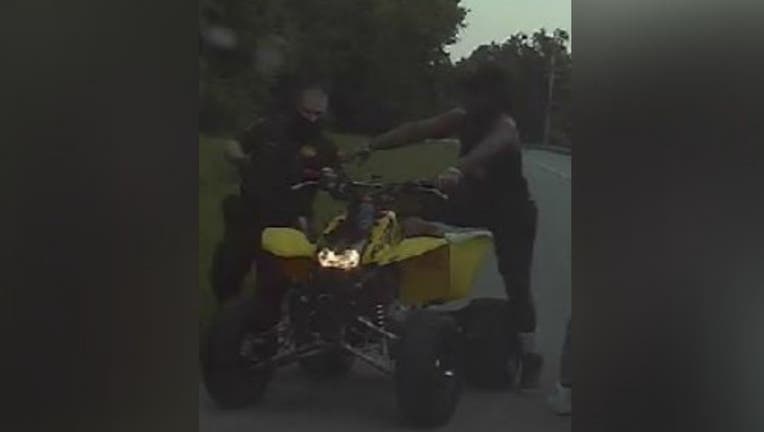 CHARLES COUNTY, Md. - The Charles County sheriff’s office is asking for the public’s help as they search for a suspect who pushed and struck an officer who was trying to turn off his ATV that had been left unattended on the side of a road.

According to the sheriff’s office, the officer had been flagged down regarding mini bikes and ATVs on the roadway in the 3800 block of Chicamuxen Road in Marbury.

When he arrived, he saw the yellow ATV idling on the shoulder of the road, unattended. 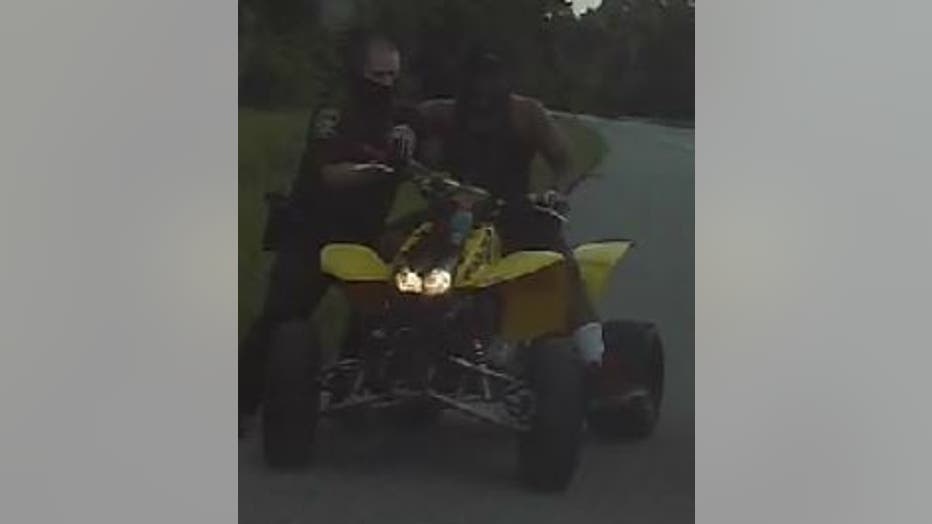 According to police, several people were nearby on dirt bikes. When the officer tried to turn off the ATV, a male approached and pushed him, then hopped on the ATV and road off.

The suspect struck the officer in the leg, police say, injuring his knee and ankle.

The officer needed treatment for the leg injuries.

The suspect was described as a male with a large build. He was wearing a black tank top and black shorts during the incident.

He also reportedly had a GoPro-style camera attached to his forehead.