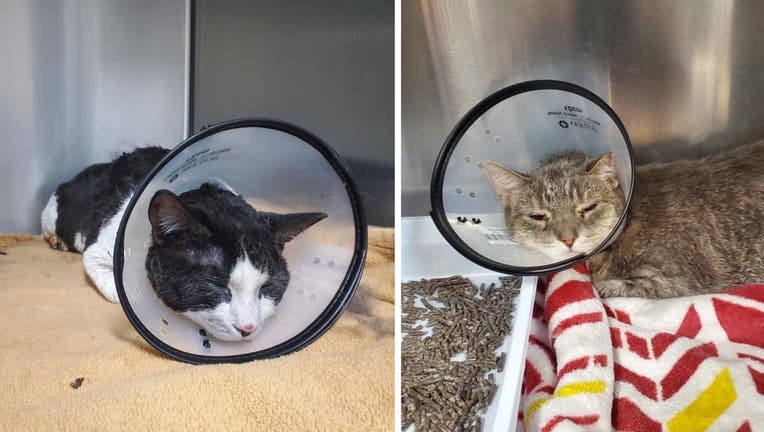 SPOTSYLVANIA COUNTY, Va. - Two cats and a tractor-trailer driver are safe and recovering after their vehicle burst into flames on I-95 in Spotsylvania County on Monday.

According to the sheriff’s office, one of the cats, Bandit, was on fire when first responders arrived.

But both he and Smokey are reportedly "doing well."

The sheriff’s office said that the driver – who has not been identified – thanks the civilians and first responders who came to his aid during the incident.

The sheriff’s office said that, considering the extent of the wreckage, it’s fortunate there were no fatalities.