WASHINGTON - Several injuries were reported after a vehicle slammed into an ambulance overnight in Northeast, D.C. 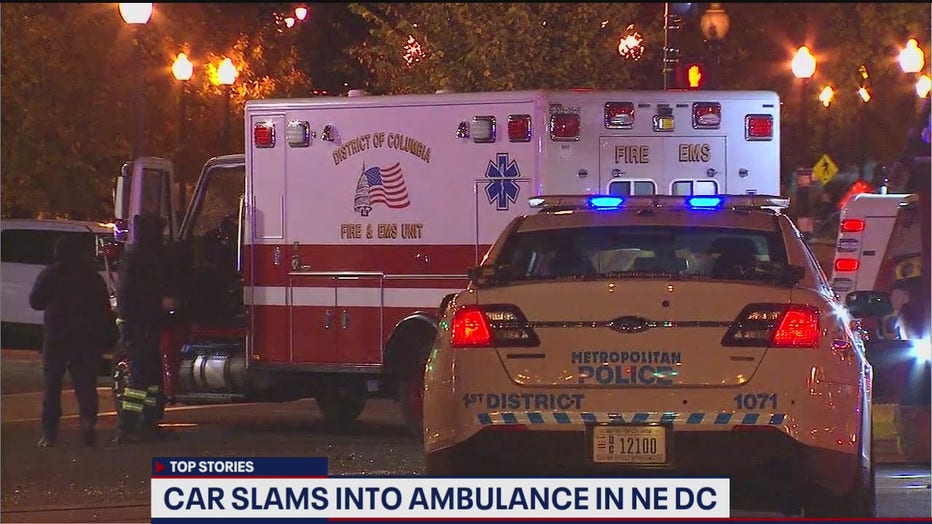 The crash happened in the intersection of Benning Road and Bladensburg Road around 11:30 p.m. while the ambulance, which was stopped, was responding to a stabbing.

Officials say a woman in the striking vehicle was trapped and was rescued by firefighters. She suffered ‘critical and potentially life-threatening injuries,’ officials say. A second person in that vehicle suffered minor injuries. The patient aboard the ambulance was transported by another emergency vehicle.

Several injuries were reported after a vehicle slammed into an ambulance overnight in Northeast,&nbsp;D.C.

None of the emergency crews were injured in the crash. The crash is still under investigation at this time.