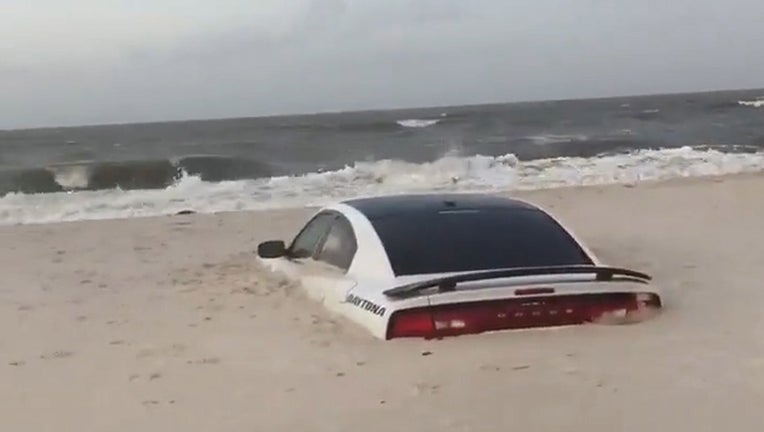 DAUPHIN ISLAND, Ala. (FOX 13) - A strong surf in Alabama turned a parked car into part of the beach.

Garrett Young's car, a 2013 Dodge Charger, was overtaken by sand on Dauphin Island. He said he started his vacation there on Thursday, but Tropical Storm Barry not only ruined his car, but also his plans.

Young said he called a tow truck, but even that could not get it out. It was soon filled with water.

"You can't help, but be upset," he told FOX 10. "We got out here. We did everything we could, we broke a couple straps trying to get it out…after an hour of watching the sand get higher and higher and higher, you can't do much and it's just helpless."