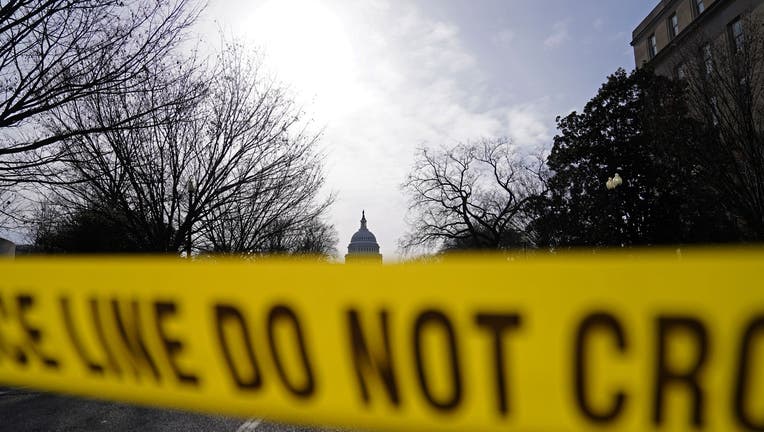 WASHINGTON - U.S. Capitol police arrested a woman on Saturday morning after she allegedly impersonated a police officer and indicated that she was part of the president’s cabinet at a security checkpoint in D.C.

Federal and local police are on high alert after a riot in the U.S. Capitol earlier in the month, and warnings of additional violence ahead of Inauguration Day.

READ MORE: Virginia man facing charges for carrying a gun in DC says he forgot the weapon was in his vehicle

Police have not identified the woman, who they say was stopped at a check point at First Street and Columbus Circle, Northeast around 8:45 a.m.

They say the woman presented the authorities with a military challenge coin, and told them she was a law-enforcement officer.

As a Capitol police officer questioned her, she drove off before being stopped at 50 Massachusetts Avenue, where she was arrested and charged with false impersonation of a law-enforcement officer, failure to obey and officer and fleeing a law enforcement officer.

Since her arrest, the woman was taken to a psychiatric center for evaluation before being jailed.