Capitol fencing returns for 'Justice for J6' rally; organizer says no political clothing will be allowed

WASHINGTON (FOX 5 DC) - Fencing around the U.S. Capitol went back up Wednesday night as officials prepare for the rally in support of Capitol rioters planned for Saturday.

Crews began work around 8:30 p.m. at 1st Street and Constitution Ave. NW. A Capitol Police spokesman said it could take 24 hours to be completed.

Also Wednesday, Capitol Police asked the Department of Defense for the ability to call in the National Guard if needed on Saturday.

The question that remains is how many people will attend the rally.

Organizer Matt Braynard, with Look Ahead America, said he’s still not sure, but estimated 700 on the event permit.

"We’ve cooperated with the Capitol Police, Park Police, Metropolitan Police. We’ve got additional security--a diplomatic security team--to help make the event be smooth," Braynard said. "We’ve got volunteers who are going to be there to help keep everybody safe. We’re encouraging everybody to leave in groups together so they can’t be targeted."

Braynard is a former Trump campaign staffer, but he says Trump gear won’t be allowed at the rally and that people will be asked to turn their Trump shirts inside out. He said nothing for any politician or cause will be allowed besides supporting those arrested in the Capitol riot.

MORE FROM FOX 5: Capitol Police ask for support from National Guard ahead of 'Justice for J6' rally

When FOX 5’s Lindsay Watts asked him if that included those who brutally assaulted police, he took issue with the question, saying he’s made clear the rally is not for those people, only those accused of non-violent offenses. 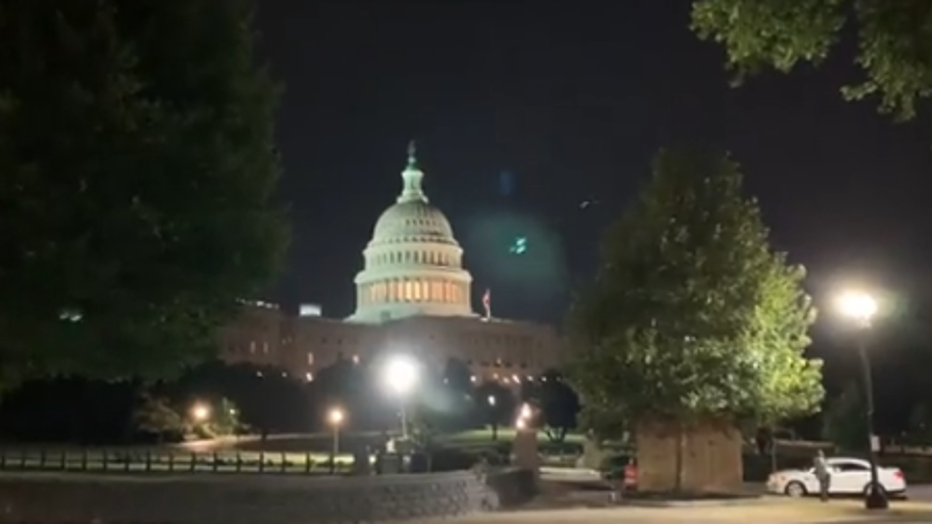 Braynard claims the majority of those arrested are political prisoners that are being stripped of their rights and persecuted because they are conservative.

It begs the question, what about the 100 people arrested and charged under the Trump administration before Biden was inaugurated?

"So does that mean the Trump administration was persecuting conservatives?" Watts asked.

Braynard said it was wrong no matter what.

"It doesn’t matter who the President was. For the last 14 days of the Trump administration, honestly, it was still wrong then, they should’ve been let go," said Braynard.

The rally is also calling for justice for Ashli Babbitt, the rioter who was shot and killed by a Capitol police officer. That officer was later cleared by Capitol Police and the Department of Justice.

Babbitt’s husband, Aaron, told Watts on Monday that the last thing he wants to see is any violence in his wife’s name.

"More bloodshed at this point is not going to do anything in terms of getting justice for Ashli," Babbitt said.

There have been two similar rallies in DC in recent months organized by Braynard. He says 20 people showed up for one and 150 at the other. He acknowledges that he planned this one at the Capitol for the publicity.