As the search for Gabby Petito's fiance Brian Laundrie continues, his sister is now speaking out, confronting protesters outside her home who are demanding answers as to Laundrie's whereabouts. Cassie Laundrie told the protesters she has not had any contact with her brother since he went missing and does not know where he is.

Florida fugitive Brian Laundrie, the fiancé of slain van life blogger Gabby Petito, has arguably become the most wanted man in America after slipping into hiding following reports of her disappearance on Sept. 11.

But the so-called outdoorsman is only "a mediocre survivalist," according to his sister, Cassie Laundrie, who urged him to surrender to authorities in an interview with ABC News this week.

"I'd say Brian's a mediocre survivalist," she told the outlet. "It wouldn't surprise me if he could last out there a very long time. But also, I don't think anything would surprise me at this point."

The comments contradict statements from Petito's friends, who say they believe Laundrie could do well living off the land. 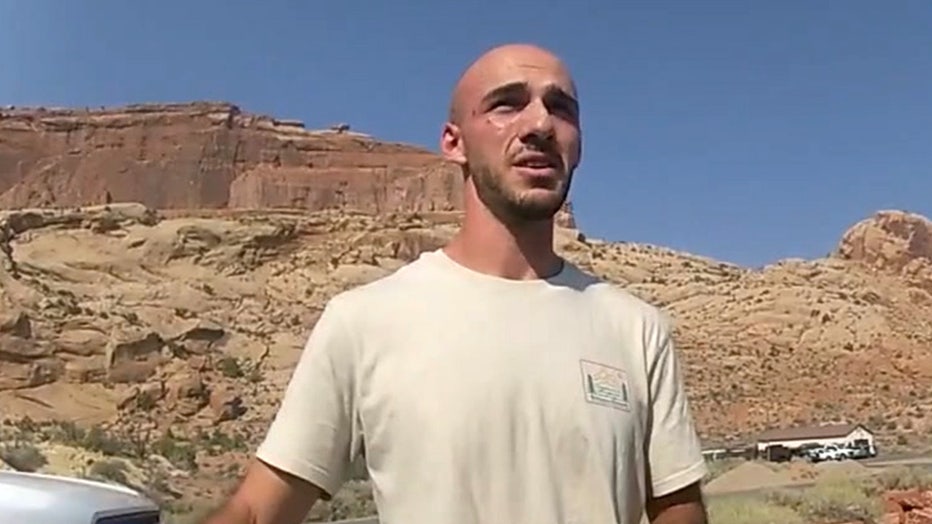 "I know he lived in the Appalachians for what I believe was three months, and he did it by himself, so I know he’s skilled at it," Rose Davis told the Daily Mail earlier in the saga.

Still, experts have raised questions about how long Laundrie could survive outdoors, with life as a wanted man more difficult than outdoor hobbyist.

When Florida police first began searching the 25,000-acre reserve near his parents’ home, many were skeptical he could survive in such predatory conditions. The area is home to gators, poisonous snakes, bears, big cats, wild boar and more.  Weather is also an enemy. The near daily deluge of heavy rain leaves the bulk of the reserve under water.

But there’s also speculation that Laundrie fled to the reserve as cover, then traveled elsewhere. He could have taken advantage of the chaos at the southern border to slip into Mexico or made his way to Costa Rica. He could have taken off in a number of other directions.

"That search in the swamp is leading everyone to believe Brian is in the swamp, and no civilians are paying attention to who is around them," said Dan Riemer, a West Palm-based private investigator. "[The] focus needs to be on people being aware, [and] someone will see something, just like the campers who saw then van."

Duane "Dog" Chapman, a former reality star and real-life bounty hunter, has been focusing on the Fort De Soto Park campground south of St. Petersburg, where he discovered the Laundrie family had stayed between Brian Laundrie’s return from Wyoming and the date Petito’s mother reported her missing.

Some experts suspect Laundrie fled to the Appalachian Trail, where family members said he’d camped out before for extended periods of time. Several sightings near the trail are being investigated by authorities in North Carolina and Tennessee. They’ve turned up nothing concrete.

The trail could prove a difficult place to hide without access to food, water and shelter.

"Unless he's just going Rambo in the wilderness ... he's being helped," Seth Ferranti, a former fugitive who spent two years on the run, told Fox News earlier this week. "I guess people could do it, but who knows that this dude has that skill?"

All it would take is cash, a simple disguise and a fake ID to hide in plain sight, he said.

Riemer said there’s a possibility that Laundrie made it to South Florida, where he’s worked a number of runaway cases.

"They send their kids down here for rehab, then the kids leave rehab, and they hire me to find them," he said. "It’s amazing how they survive. No credit card, no physical signs of income, and they just make do."

RELATED: Brian Laundrie's family says this is why he went to Florida without Gabby Petito

John Kelly, a longtime criminal profiler who worked cases including the Golden State Killer and the Long Island Serial Killer, said there’s evidence that wherever Laundrie is, he’s alive.

When Laundrie disappeared from his parents’ house in mid-September, he left his new phone and wallet behind, leading Kelly to believe he’s on the run with no intention of being found. Often when people go off to harm themselves, he said, they bring their phones so their remains can be found. But for that same reason, a phone would be a liability while on the lam.

Petito’s parents told Dr. Phil McGraw this week that they believe Laundrie is alive and on the run.

He’s wanted on a federal bank card fraud warrant and is a person of interest in Petito’s slaying.