SOMERTON - Hours after police found human remains inside a trash bag in the back of a U-Haul during a traffic stop in Northeast Philadelphia, police reported finding more body parts and evidence in a dumpster near a shopping center on Bustleton Avenue late Thursday night.

It started with a call to police about a possible burglary and a U-Haul truck. It ended with a gruesome discovery after police pulled the truck over and the driver got out with a startling admission.

"Gets out of the vehicle says he had nothing to do with it, he's just moving the body, and there's one in the back," Philadelphia Police Sgt. Eric Gripp said. 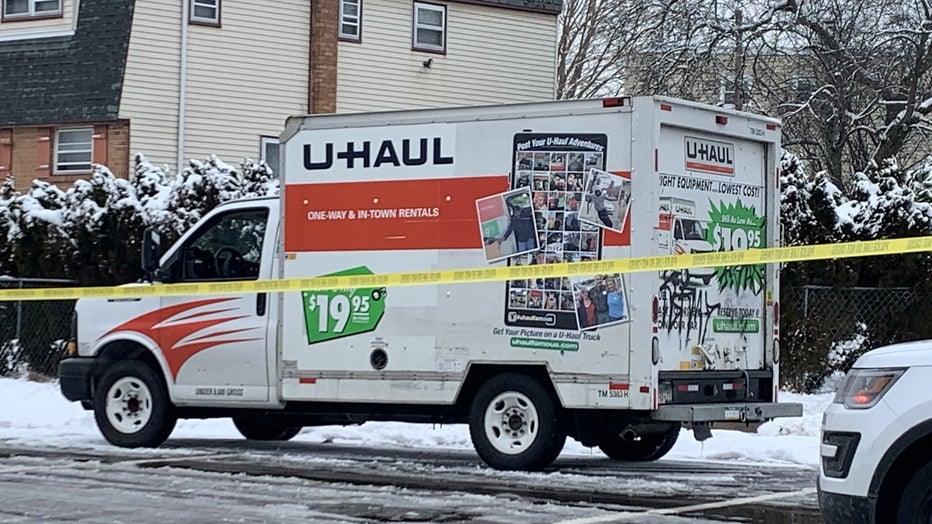 Police say human remains were found in the back of a U-Haul truck during a traffic stop on Thursday.

When officers opened the back of the U-Haul they found the dismembered body of a man stuffed in a black trash bag along with a knife and other evidence. They quickly called for homicide detectives.

Police say the 70-year-old murder victim lived just a few blocks away on Sanibel Street. His home is surrounded by surveillance cameras and commercial style beehives. There were birds and exotic animals inside.

The driver of the U-Haul and his passenger were immediately taken to the Homicide Unit for questioning. Police say they are persons of interest. The truck and dismembered body were taken to the medical examiner's office for an autopsy.

Police sources confirmed late Thursday they found more body parts and other evidence in a dumpster behind a shopping center along Bustleton Avenue connected to the investigation.

Police sources tell FOX 29 detectives found more body parts and other evidence in a dumpster behind a shopping complex along Bustleton Avenue.