On June 17, 2021, China launched the first astronauts to its new space station for a three-month mission.

WASHINGTON - President Joe Biden spoke with China's Xi Jinping on Thursday amid growing frustration on the American side that high-level engagement between the two leaders' top advisers has been largely unfruitful in the early going of the Biden presidency.

Biden initiated the call with Xi, the second between the two leaders since Biden took office. It comes at a moment when there is no shortage of thorny issues between the two nations, including cybersecurity breaches originating from China, Beijing's handling of the coronavirus pandemic and what the White House has labeled as "coercive and unfair" trade practices by the Chinese.

But Biden's aim with the 90-minute call was less focused on any of those hot-button issues and instead centered on discussing the way ahead for the U.S.-China relationship after it got off to a decidedly rocky start in his tenure.

The White House is hopeful the two sides can work together on issues of mutual concern —including climate change and preventing a nuclear crisis on the Korean Peninsula — despite growing differences. 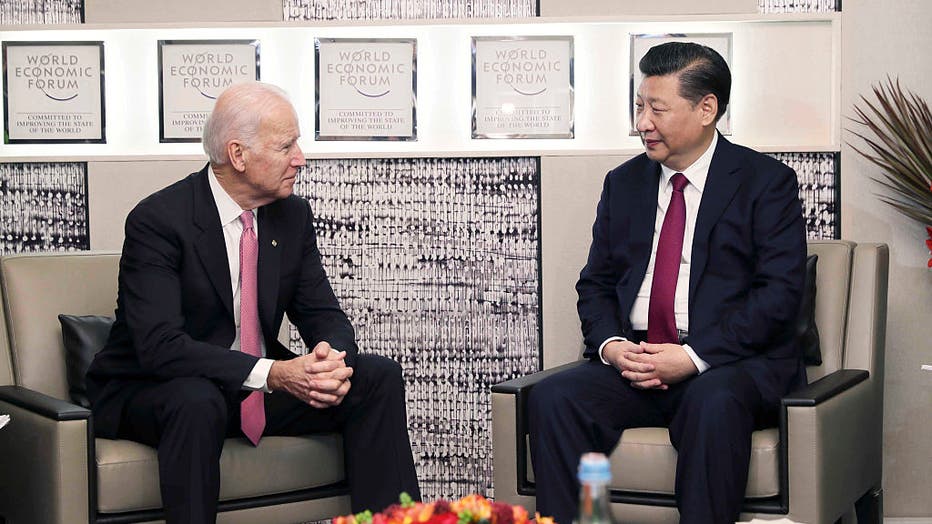 Beijing, however, has pushed back against U.S. pressure and increasingly has suggested it could remain broadly uncooperative until Biden dials down criticism on what it deems Chinese internal matters.

Xi in the call appeared to echo some of the complaints, telling Biden that U.S. government policy toward China caused "serious difficulties" in relations, the official Xinhua News Agency reported.

"This is not in the basic interests of the two peoples," the Chinese leader said, according to Xinhua.

"Chinese-U.S. confrontation will bring disaster to both countries and the world," Xi added.

Ahead of the call, a senior administration official said the White House has been unsatisfied with early engagements with the Chinese.

The official, who was not authorized to comment publicly and spoke on the condition of anonymity, said White House officials were hopeful that Xi hearing directly from Biden could prove beneficial.

The White House official said Biden made clear to Xi that he had no intention of moving away from his administration’s policy of pressing China on human rights, trade and other areas where it believes China is acting outside international norms.

High-level engagement in the early going has been most notable for each side blasting the other with recriminations.

Last week, Chinese Foreign Minister Wang Yi warned Biden climate envoy John Kerry that deteriorating U.S.-China relations could undermine cooperation on climate change. Wang told Kerry, who was visiting Tianjin for climate talks with his Chinese counterparts, by video link that such cooperation cannot be separated from the broader relationship and called on the U.S. to take steps to improve ties, according to the Foreign Ministry.

In July, Deputy Secretary of State Wendy Sherman faced a long list of demands and complaints, including accusations that the U.S. was trying to contain and suppress China’s development. Vice Foreign Minister Xie Feng urged the U.S. "to change its highly misguided mindset and dangerous policy."

In March, Secretary of State Antony Blinken and White House national security adviser Jake Sullivan had heated exchanges with Chinese Communist Party foreign affairs chief Yang Jiechi when they met with top Chinese officials in Anchorage. At that meeting, Yang accused the U.S. of failing to deal with its own human rights problems and took issue with what he said was American hypocrisy.

Administration officials suspect that some of the rhetoric in those high-profile meetings was more about playing to a domestic audience through the press than sending a message to the White House. With that in mind, Biden highlighted the importance of two leaders ability to have private conversations and be clear about their priorities, the administration official said.

Biden from the start of his presidency has sought to put greater focus on China, rallying allies to speak in a more unified voice about Beijing’s human rights record, its trade practices and its military’s increasingly assertive behavior that has unnerved U.S. allies in the Pacific. He sees Beijing as the most significant economic competitor to the United States and growing national security concern.

But the president has also expressed hope that his long-running working relationship with Xi, one that dates back to when he served as Barack Obama’s vice president, could pay dividends in the two nations cooperating on certain critical issues. The two spent time on the call reminiscing about their time traveling together when they were both vice presidents, the administration official said.

The White House said the leaders during the call agreed to engage "openly and straightforwardly" on issues where the nations are at odds and where there is agreement.