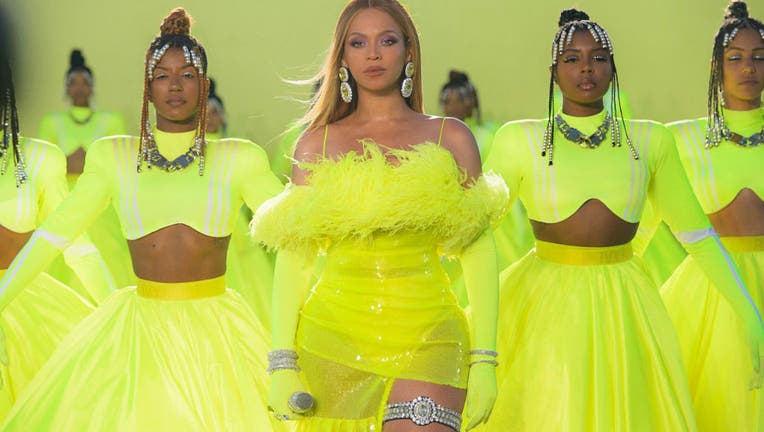 LOS ANGELES, CA - MARCH 27: In this handout photo provided by A.M.P.A.S., Beyoncé performs during the ABC telecast of the 94th Oscars® on Sunday, March 27, 2022 in Los Angeles, California. (Photo by Mason Poole/A.M.P.A.S. via Getty Images)

Beyoncé surprise-released her new dance single "Break My Soul" three hours early Monday night, leaving the "Beyhive," who had been clamoring for something new, ecstatic.

The song, which is part of her forthcoming seventh studio album "Renaissance" – expected in July - got social media buzzing and earned her more than a few accolades, including from former first lady Michelle Obama

"Queen @Beyonce, you’ve done it again! "Break My Soul" is the song we all need right now, and I can't help but dance and sing along while listening to it. Can’t wait for the album!" Obama tweeted.

"Beyoncé’s break my soul really healed mine," another user wrote, and a third said, "I’m so happy to see Beyoncé getting such a warm welcome back."

In the song, Beyoncé croons about quitting her 9 to 5 job where her bosses worked her "so damn hard."

"Now, I just fell in love/And I just quit my job/I'm gonna find new drive/Damn, they work me so damn hard/Work by nine/Then off past five/And they work my nerves/That's why I cannot sleep at night," she sings in the first verse over a quick dance beat.

"You won’t break my soul" repeats in the chorus before she declares, "I'm takin' my new salvation/And I'ma build my own foundation, yeah/ Got motivation" in the bridge.

"Renaissance" is Beyoncé’s first studio album since "Lemonade" in 2016. She did, however, collaborate with husband Jay-Z, who has a writing credit on "Break My Soul," on the album "Everything is Love" in 2018 and released "Homecoming: The Live Album," of her 2018 Coachella performance and a soundtrack album, "The Lion King: The Gift" in 2019. She also voiced Nala in the live-action remake of the 1994 Disney animated hit.

GET UPDATES ON THIS STORY AT FOXBUSINESS.COM