Bethesda-Chevy Chase High School is on lockdown following a report from a student about a possible weapon in building.

BETHESDA, Md. - Bethesda-Chevy Chase High School has been lifted following a report from a student about a possible weapon in building.

According to Montgomery County Police, around 9:55 a.m. Wednesday, a parent called the school and reported being told that another student might be in possession of a gun.

The student made the claim after seeing a verbal altercation in a school hallway.

The school then issued a lockdown order at 9:59 a.m. 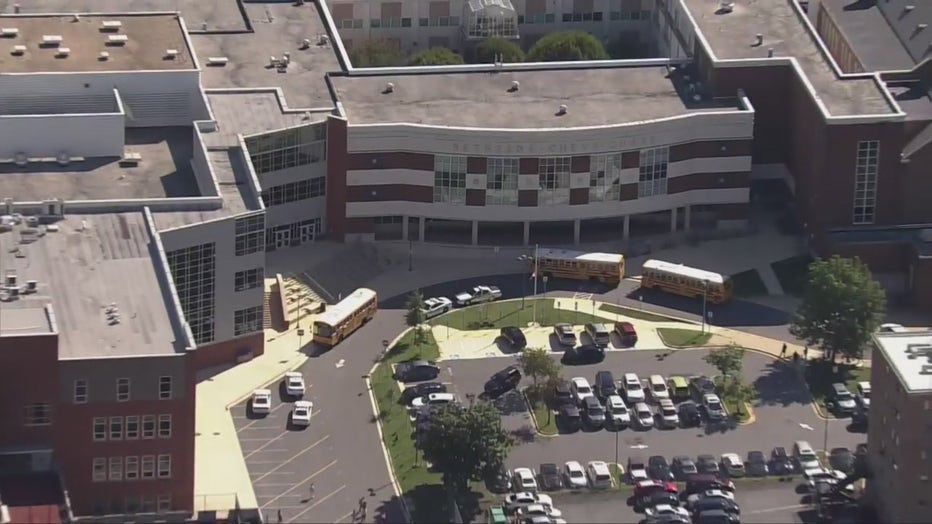 Montgomery County Police responded to the school, and after searching the building and speaking with the student who made the report, they determined there was no credible threat,

Police added that no gun was found at the school.