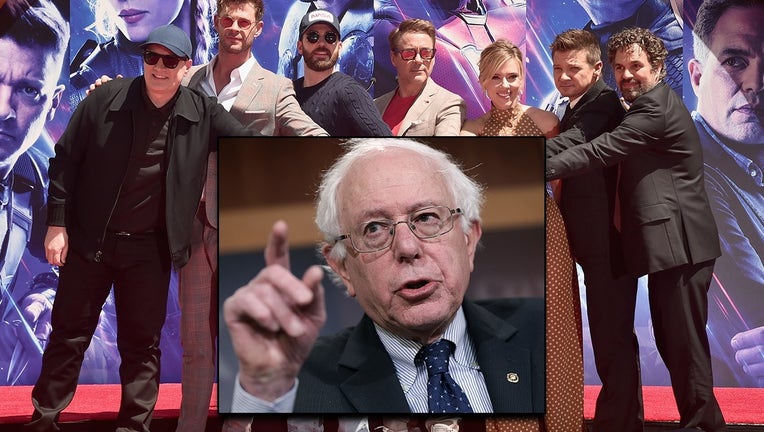 FOX NEWS - Bernie Sanders has an idea on how Disney could ensure all its employees earn a "middle class wage" with the snap of its fingers.

Sen. Sanders, I-Vt., suggested Monday it would be "truly heroic" if Disney used the profits made from the blockbuster "Avengers: Endgame" to pay its workers more, in response to a report the Marvel hit set multiple records at the box office a day after it opened Friday.

"Endgame" shattered the record for biggest opening weekend with an estimated $350 million in ticket sales domestically and $1.2 billion globally, reaching a new pinnacle in the blockbuster era that the comic-book studio has come to dominate.

"What would be truly heroic is if Disney used its profits from 'Avengers' to pay all of its workers a middle class wage, instead of paying its CEO Bob Iger $65.6 million - over 1,400 times as much as the average worker at Disney makes," Sanders tweeted.

Sanders has previously called on Disney to increase the pay for its workers. In August, the senator congratulated the company's workers after Walt Disney World union workers for securing $15 minimum wage negotiations with the company.

"Congratulations to the courageous workers and their unions at Disney World for their historic victory. I applaud everyone who stood up to demand that workers at one of the wealthiest corporations in the world should have a decent standard of living," he tweeted in August.

Abigail Disney, the granddaughter of the Hollywood giant's co-founder Roy Disney, earlier called Iger's compensation "insane" after reports stated he got a raise.

"According to Equilar, Iger took home more than $65 million in 2018. That's 1,424 times the median pay of a Disney worker," she wrote in a recent op-ed for The Washington Post.