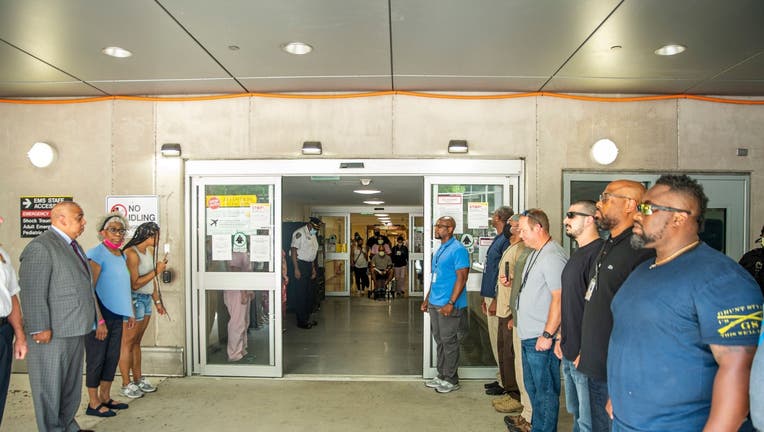 Two Baltimore city police officers who were shot while executing an arrest warrant outside a shopping center this week received a salute from their fellow cops when they were released from the hospital on Wednesday.

The officers – who have not been identified – were shot by a suspect who was killed in the exchange of gunfire outside Security Square Mall Tuesday morning.

The suspect has been identified as  32-year-old Justin Powell of Baltimore.

Investigators say detectives with the Baltimore Police Department, who were assigned to the U.S. Marshals’ Capital Area Regional Fugitive Task Force, were looking for a vehicle and suspect wanted in reference to a homicide that occurred in Baltimore City on June 19.

CARFTF members observed the targeted vehicle and suspect in the parking lot of Security Square Mall. As officers approached the suspect’s vehicle, the suspect exited the vehicle and fired multiple rounds at officers.

The officers were taken to the University of Maryland Shock Trauma facility for treatment. 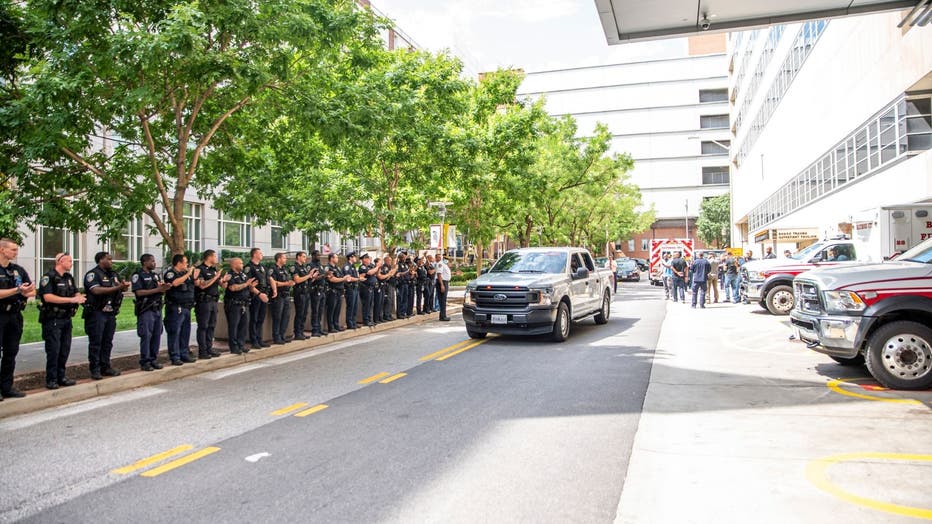