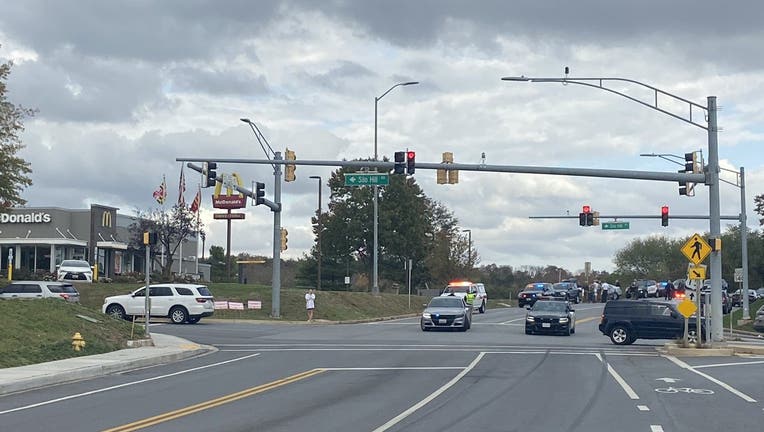 EMMITSBURG, Md. (FOX 5 DC) - An attempted homicide suspect is dead and another has been apprehended after a Monday afternoon police pursuit that initially started in Pennsylvania ended in Frederick County, Maryland.

According to the Frederick County Sheriff's Office, at around 2:30 p.m., Pennsylvania state troopers initiated a pursuit of an attempted homicide suspect in Pennsylvania, which eventually entered Frederick.

Authorities say the pursuit went down southbound Route 15 in the Thurmont area and then came back up the northbound side of the road near Emmitsburg before the vehicle with two male suspects inside crashed. At this point, officers on the scene exited their vehicles and shots were fired at the deputies, according to authorities. 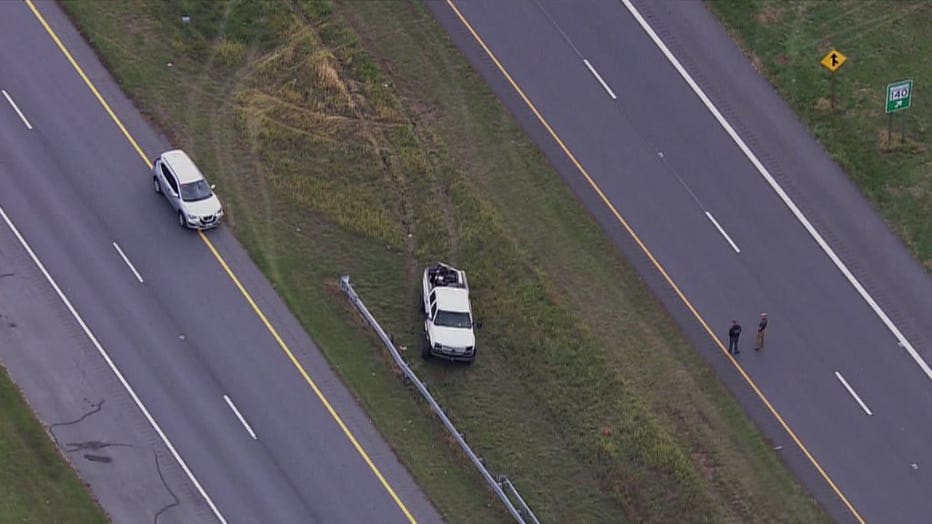 Frederick County Sheriff Charles A. Jenkins says one of the suspects was apprehended at the crash site. Meanwhile, the second suspect fled the scene on foot and authorities pursued.

Jenkins says more shots were fired by the suspect near an Exxon gas station and multiple agencies on the scene returned fire, striking the suspect. He was transported to the Shock Trauma unit where he was later pronounced dead.

Jenkins says an employee at the Exxon was injured during the shootout, but they refused treatment at the scene. There is no further threat to the public. 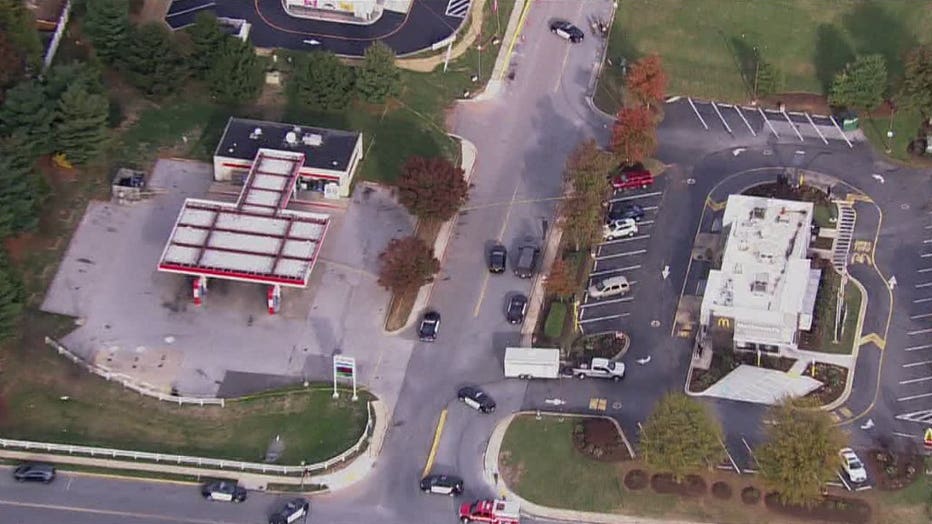 Drivers in the area can expect traffic delays as an investigation continues.

Jenkins says more details will be released when they become available.