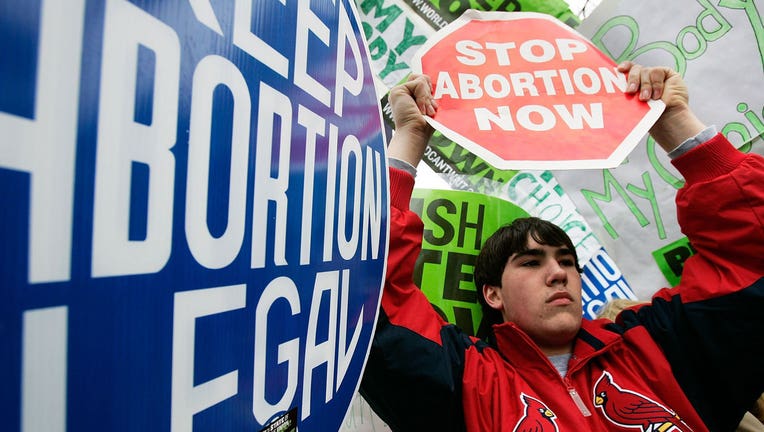 ATLANTA (AP) — - As multiple states pass laws banning many abortions, questions have surfaced about what exactly that means for women who might seek an abortion. The short answer: nothing yet.

Governors in Kentucky , Mississippi , Ohio and Georgia have recently approved bans on abortion once a fetal heartbeat is detected, which can happen in the sixth week of pregnancy, before many women know they're pregnant, and Alabama's governor signed a measure making the procedure a felony in nearly all cases. Missouri lawmakers passed an eight-week ban Friday. Other states, including Louisiana , are considering similarly restrictive laws.

None of the laws has actually taken effect, and all will almost definitely be blocked while legal challenges play out.

The U.S. Supreme Court's landmark decision in Roe v. Wade said a woman has the right to choose whether to have an abortion. Supporters of the the new laws acknowledge that that they will initially be blocked, but they welcome the challenges. They've made it clear that their ultimate goal is to get the nation's highest court to reconsider its 1973 ruling now that the balance seems tipped in their favor.

CAN WOMEN STILL GET ABORTIONS IN STATES WHERE THESE LAWS HAVE PASSED?

Abortion providers say that with all the coverage of the new laws, they've been getting calls from patients and potential patients who are confused about whether the procedure is still available.

Although abortion is still legal everywhere, lawmakers in some states have passed less-restrictive measures that make accessing the procedure more difficult. That has resulted in six states having only a single abortion provider, while others have only two or three, according to the Guttmacher Institute, an abortion rights research group.

WHO'S CHALLENGING THESE LAWS AND WHERE DO THOSE CHALLENGES STAND?

Opponents of the laws are filing lawsuits and fully expect the measures won't be allowed to take effect while the court challenges are pending.

A court blocked Kentucky's law from taking effect after the American Civil Liberties Union sued, and that case is ongoing.

The ACLU and Planned Parenthood on Wednesday challenged Ohio's law, and they expect a court to keep it from entering effect as scheduled in July.

Mississippi's law also is set to take effect in July, but it has been challenged by the Center for Reproductive Rights.

Alabama's law would become enforceable in six months and Georgia's would take effect Jan. 1, but the ACLU plans to challenge both of those laws.

WHY IS ALABAMA'S LAW GETTING SO MUCH ATTENTION?

Alabama's law goes farther than the others. It makes abortion a felony in nearly all cases and includes no exceptions for cases of rape or incest. The only exception is when the pregnant woman's health is at serious risk.

Republican state Rep. Terri Collins, who sponsored the bill, said adding any exceptions could harm the goal of creating a legal case that embryos and fetuses are people with rights of personhood.

Another GOP lawmaker, Rep. Clyde Chambliss, said the bill was not about privacy, which is the legal foundation for Roe, but rather "the right of an unborn child to live."

HOW DOES GEORGIA'S LAW CONFERRING PERSONHOOD ON A FETUS WORK?

The law says, "It shall be the policy of the State of Georgia to recognize unborn children as natural persons."

That caused some speculation that the law would allow women to be charged with murder if they get an abortion. Although a prosecutor could interpret the law that way, University of Georgia law professor emeritus Ron Carlson said he believes a woman "cannot be successfully prosecuted" under the law, which seems primarily to target abortion providers.

Elizabeth Nash with the Guttmacher Institute said some states have tried to enact fetal personhood measures by ballot initiatives in the past, but those have failed.

That's partly because it could have such broad implications, including access to fertility treatments, inheritance rights and taxation, she said.

"There are a lot of consequences that we don't know yet," she said.