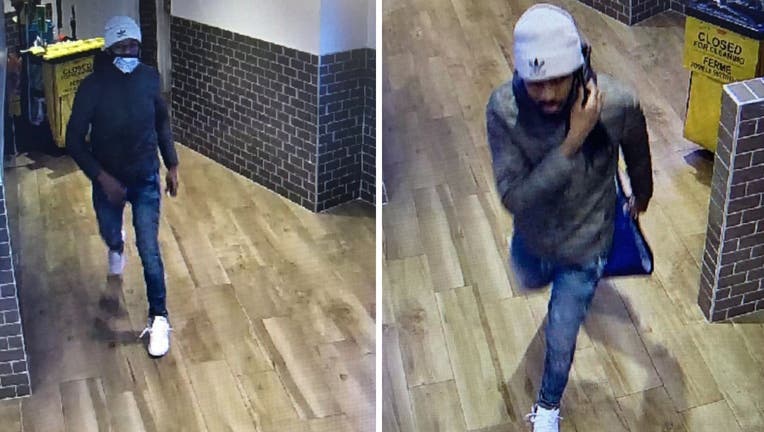 ARLINGTON, Va. - Arlington County police are looking for a suspect who allegedly pushed a female victim into a closet and tried to sexually assault her in the Ballston area.

Police responded to the 4200 block of Wilson Boulevard around 10:30 a.m. on Tuesday.

Investigators say the victim was attacked while she cleaned a bathroom inside a business.

Police are asking for the public's help as they search for two sexual assault suspects.

Police have declined to identify the business in an effort to protect the victim.

They say the suspect approached the victim while she was cleaning and asked if he could use it.

When the victim tried to move away from a stall, the suspect pushed inside and slapped her backside.

The victim called for help, prompting the suspect to run off.

Once again, the victim resisted and called for help, and the suspect fled.

During the incident, he was wearing a white hat, blue jeans, a gray winter coat, and white sneakers.

Police are also looking for a suspect in an assault that they believe is unrelated.

Tuesday night, police say a woman reported that a stranger attempted to rape her on North Rolfe Street.

She said she was walking her dog along the North Rhodes Street bridge Over Arlington Boulevard when a man started following her.

She said she started running to get away from him and he chased her, pulled her to the ground, tried to take off her pants.

She says a person nearby heard her screaming and started yelling at the suspect and victim was able to get away.