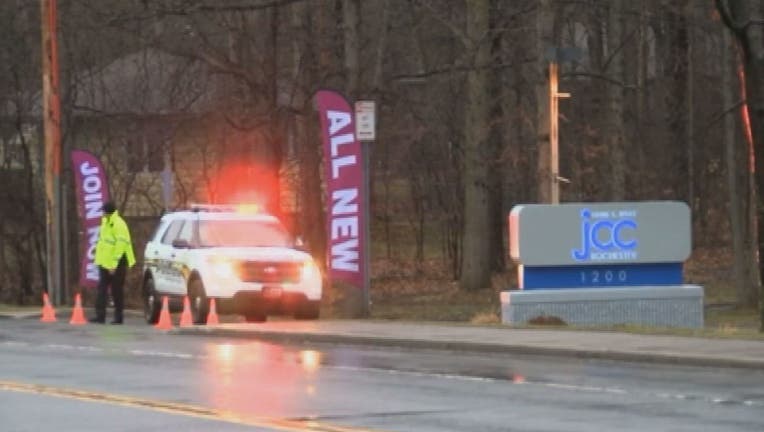 NEW YORK (AP) -- The Anti-Defamation League and several Jewish community centers across the country got a new round of bomb threats Tuesday, adding to the scores they have been plagued with since January.

New York Mayor Bill de Blasio was at a Jewish Community Center on Staten Island to denounce previous threats when he learned of the new ones.

"This is a moment in time, in history, where forces of hate have been unleashed," de Blasio said. "It is exceedingly unsettling."

Federal officials have been investigating more than 120 threats against Jewish organizations in three dozen states since Jan. 9 and a rash of vandalism at Jewish cemeteries. Over the course of Monday evening and Tuesday, there were eight emailed or phoned-in bomb threats in six states plus Ontario, the JCC Association of North America said.

In Providence, Rhode Island, an administrator at the Jewish Community Day School, attached to a synagogue, received a threat Tuesday morning alleging there was a shooter with an assault rifle on the roof of the building, police said. Police and a K-9 team swept the building; no one was found.

Chicago Jewish Day School on the city's north side was evacuated for a few hours.

In New York, Chief of Detectives Robert Boyce said there were five threats made, including to the New York-based Anti-Defamation League, which also received threats to its offices in Atlanta, Boston and Washington, D.C. The ADL said threats were also made in Florida and Maryland.

"We denounce these latest anti-Semitic and hateful threats in the strongest terms. It is incredibly saddening that I have to continue to share these disturbing reports with you," he said. "As long as they do continue, we will continue to condemn them and look at ways in which we can stop them."

On Friday, Missouri resident Juan Thompson was arrested on a cyberstalking charge and accused of making at least eight of the threats nationwide, including one to the ADL. Authorities said Thompson was trying to harass and frame his ex-girlfriend by pinning the threats on her.

A criminal complaint said Thompson started making threats Jan. 28. He claimed on Twitter that his ex-girlfriend was behind the calls. Thompson is scheduled to appear in court Wednesday in St. Louis for a hearing to determine if he should remain detained pending trial.

Authorities are looking for other suspects in the threats.