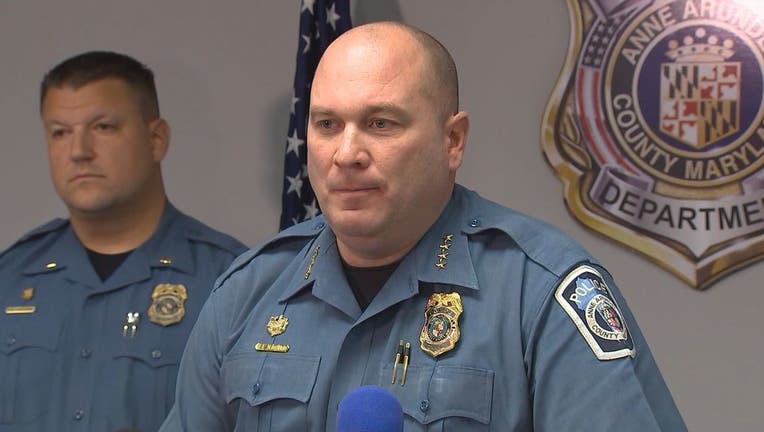 ANNAPOLIS, Md. - Anne Arundel County Police Chief Timothy Altomare was taken to the hospital after being rear-ended in his police vehicle by another driver, police say.

The traffic accident happened on Route 665 at Solomons Island Road in Annapolis at around 4:39 p.m. Wednesday.

Police say Altomare suffered non-life-threatening injuries in the collision. He was released from the hospital Wednesday night.

An adult passenger riding in the vehicle that rear-ended the police chief was also transported to the hospital with non-life-threatening injuries.