In a tweet, the team said head coach Ron Rivera notified Haskins of his release.

"This afternoon I met with Dwayne and informed him that we would be releasing him," the tweet read. "I told him that I believed it benefits both parties that we go our separate ways. We want to thank Dwayne for his contributions these last two seasons and we wish him well moving forward." 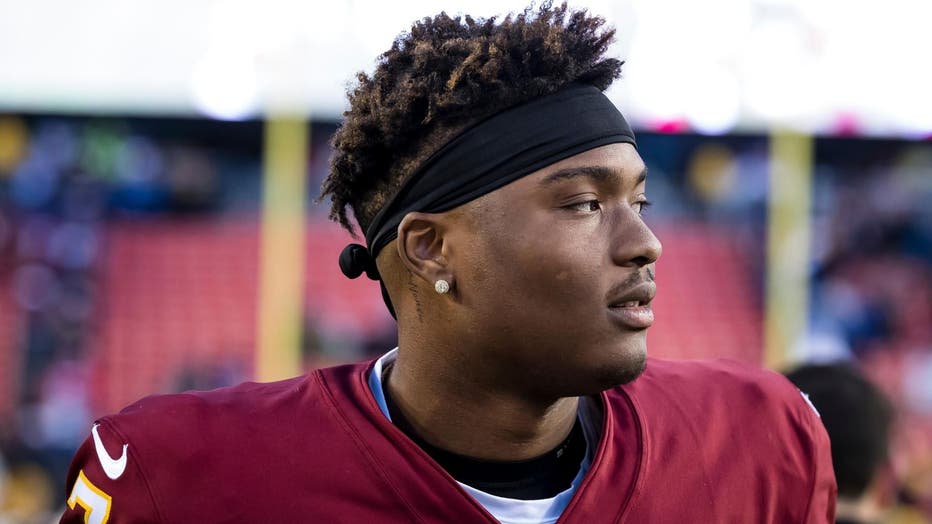 FILE: Dwayne Haskins #7 of the Washington football team looks on after the game against the New York Giants at FedExField on December 22, 2019 in Landover, Maryland. (Photo by Scott Taetsch/Getty Images)

Washington released Haskins hours after Rivera said either Alex Smith or Taylor Heinicke will start the regular-season finale with the NFC East at stake.

Washington's playoff hopes are up in the air after a 20-13 loss to the Panthers on Sunday during which Haskins turned the ball over three times and was benched in the fourth quarter.

Haskins was drafted by Washington in the first round of the 2019 NFL Draft.