Pictures have surfaced of a baby koala wearing a wee little arm cast after the mini marsupial fell out of a tree in Melbourne, Australia. 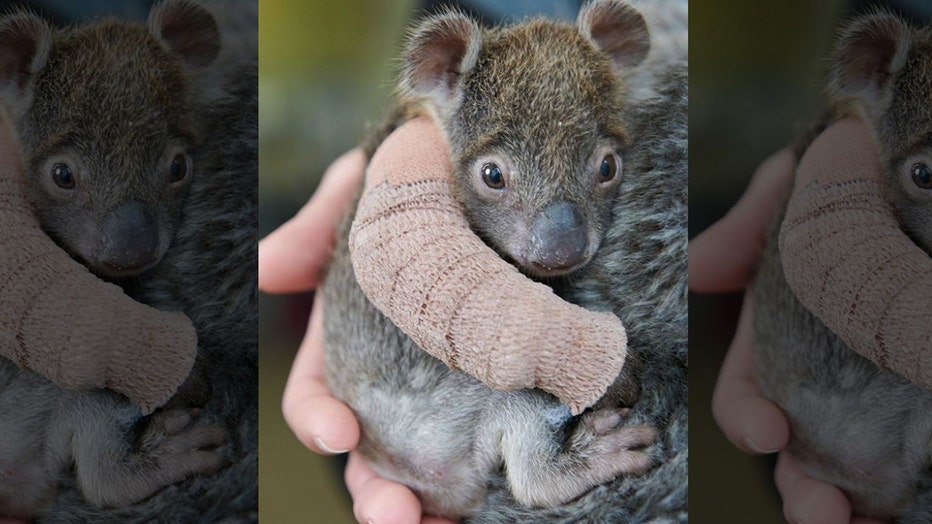 The baby koala was also orphaned after her mother was euthanized. She was later placed in the care of handlers at Werribee Open Range Zoo, according to Metro.

According to National Geographic, female koalas carry their offspring inside their pouches for up to six months, but because of the unfortunate circumstances, this female joey, at 150 days old and weighing less than 500 grams, does not have that privilege.

Veterinarian nurse Jess Rice said that when an animal carer brought the baby koala to them, "It was really touch and go" at first, adding that the marsupial was at the stage where she would have just started to bring her head out of her mother's pouch. "Joeys that size don’t have a good survival rate in care," Rice said in a press release obtained by Fox News. 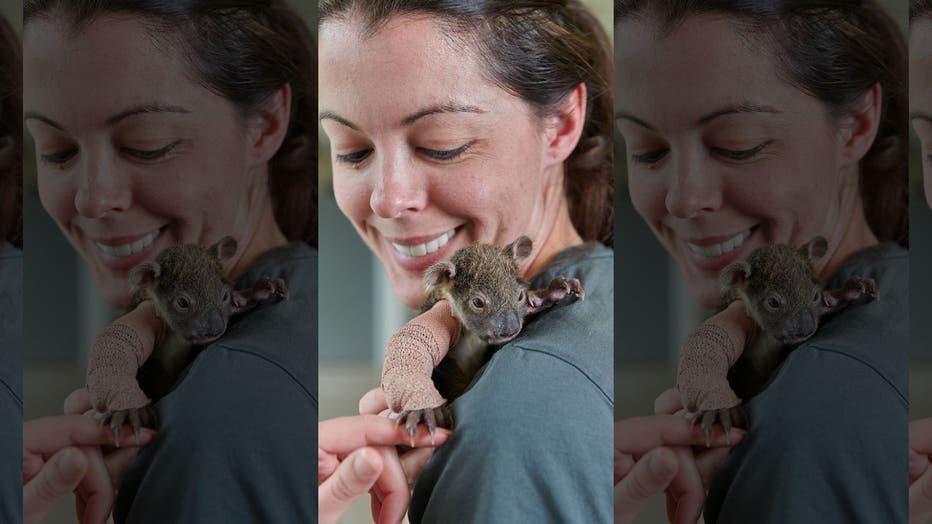 After they X-rayed her and realized the arm was broken, the koala was fitted with a cast, "not much thicker than a finger," and given round-the-clock care.

The baby koala was also fed with a marsupial milk replacer and Rice introduced her a temporary surrogate mother, a stuffed toy.

“Bonding and company is really important to a joey of that age,” Rice added in the release. “Koala joeys are often given toys to provide comfort and teach them how to hang off the fur like they would with their mother.” 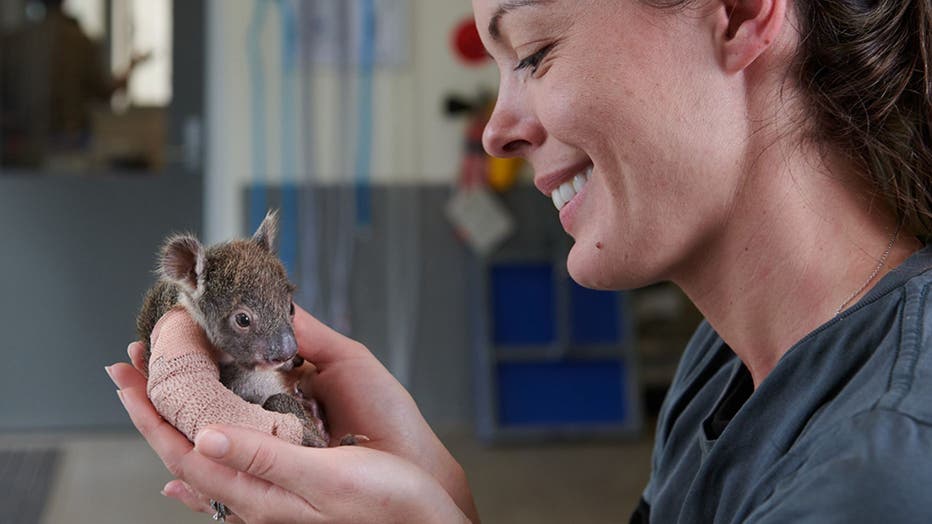 The joey has now started to put on weight and was released to a specialist wildlife carer after gaining the requisite strength. However, it will be some time, more than a year, before the koala is released into the wild, Rice said.

“It will be more than a year before she’s old enough to be released into the wild, so she needs to be with a carer with the resources to take care of her for that long. Koalas are just one of the native animals we have to be so careful to take care of in Victoria and that we have the privilege of helping at Werribee Open Range Zoo."

According to experts, koala bears are “functionally extinct,” as there are not enough breeding adults left to support another generation. Estimates differ, but a recent studyfrom the Australian Koala Foundation said that there are only 80,000 koalas left in the wild.

The species has been ravaged by climate change, deforestation and chlamydia. Koalas are on the IUCN's "Red List," indicating a "vulnerable" state.

Not all hope is lost, however. According to a recent study published in the journal Nature Scientific Reports, scientists believe they have found the last chlamydia-free koalas, which could help the species' population figures.