The shooting was reported just before 1 a.m. in an apartment complex in the 7900 block of Janna Lee Avenue in the Alexandria section of the county.

Investigators believe the shooting happened after a dispute inside of the apartment building. All five victims, ranging in age from 14 to 19, suffered multiple gunshot wounds. Officers say numerous rounds were discharged and all victims, three females and two males, were transported with non-life threatening injuries.

Officers describe the male suspect as tall, unknown race and wearing a face covering. They say he should be considered "armed and dangerous." 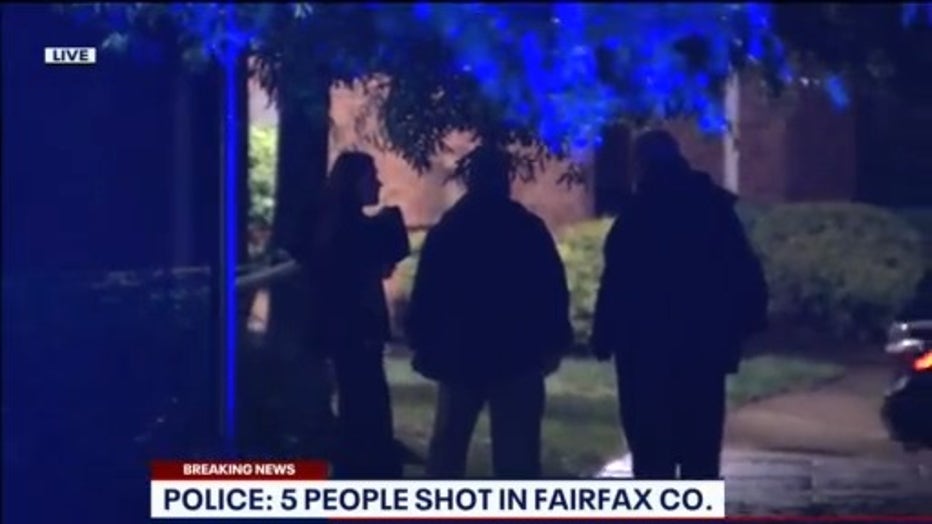 No motives have been identified at this time. Anyone with infomration is aksed to contact police.